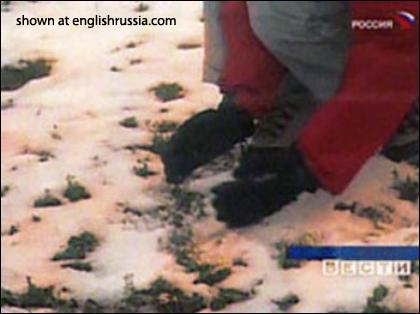 Pretty vast territory of Omsk region was covered with a snow that had an unusual color. It was orange.

Now we have a few photos, mainly screenshots from Russian TV channels.

There is still no one exact explanation about the origin of orange color of this snow. 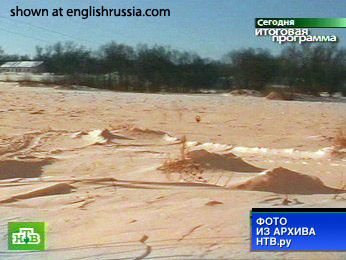 According to Russian officials the orange snow doesn’t contain any chemical byproducts or any other elements dangerous to human.