An inventor from Ukraine designed another gadget to control your computer: 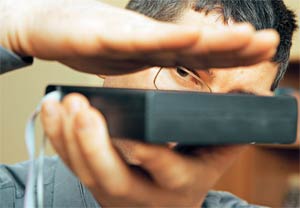 It looks mainly like an usual touch pad installed in most of laptops but it can catch the movement of your hands in 3D without touching the surface of the pad itself.

Due to this ability different 3D manipulations can be achieved in virtual space copying the gestures your hands make in the air above this pad. 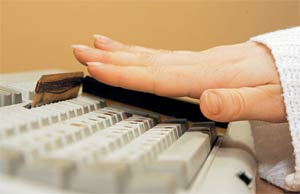 Another use of this pad is that it can be placed directly under the keyboard of the laptop, and there is no need in extra place for a touch pad itself, or it can be placed under the screen of PDA or cell-phone and read the movements of ones hands.

The inventor has already a few working examples and drivers of the gadget, he says that the production of the special antennas reading the 3D movements is very cheap. “It would cost the developer not more than it costed some time ago the computer mouse producer upgrading the mouse with a scrolling button, and nowadays it’s hard to find a mouse without the scrolling function”, says inventor.

5 thoughts on “3D Touchpad from Ukraine”