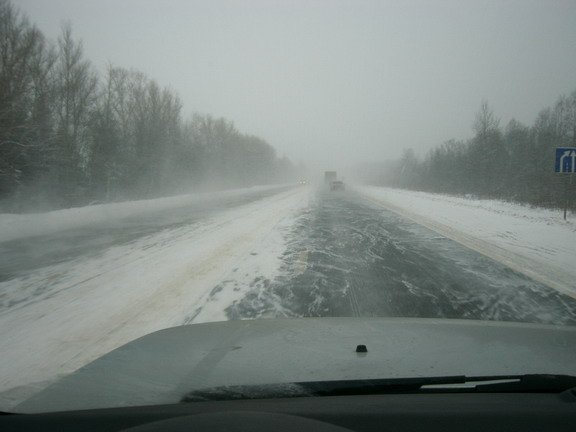 Did you know that the main highway in Russia, connecting two biggest cities Moscow city and St. Petersburg has only two lanes, with only a few sections with 3-4 lanes, mainly closer to Moscow and St. Petersburg.

It’s length is more than 300 miles (700 km) and it’s overloaded all the time, no matter you go though it in the daytime or at night.

Now, when the snow finally appeared in Western Russia, the traffic on this number one federal highway causes things like this happen every few miles. 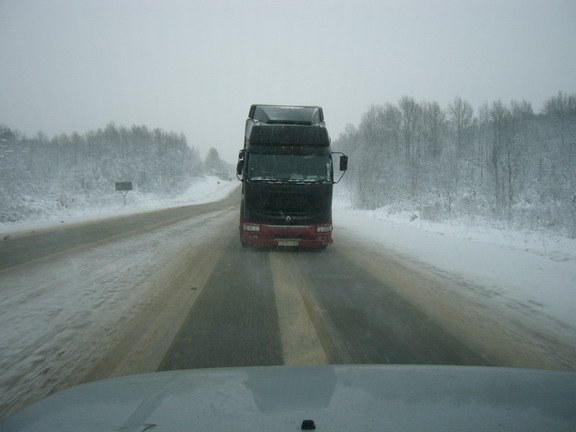 Now watch this! A truck moving fast right on your lane, like he is driving in England where the traffic goes the other way on the road and steering wheels are to the right. Does he think he is in England already? 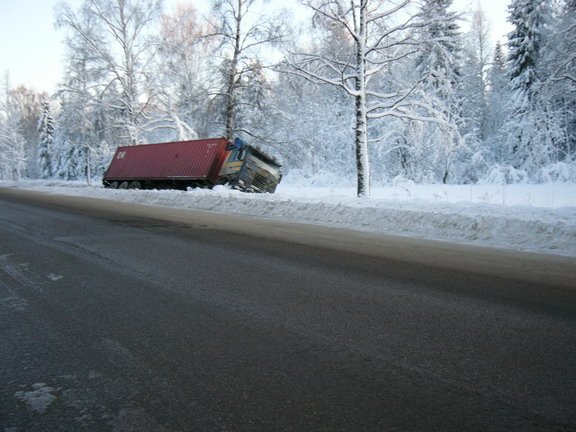 It’s no surprise to see more and more of the trucks lying from the sides of the road. 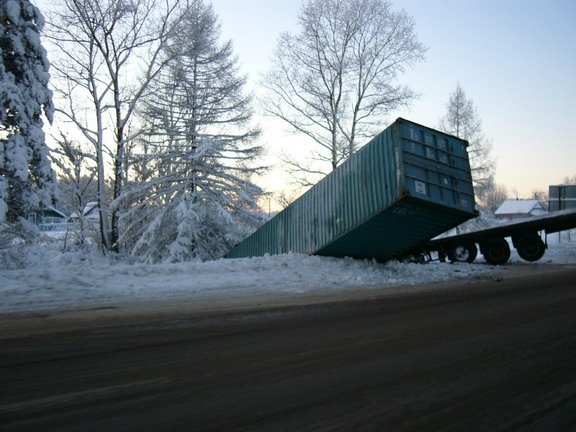 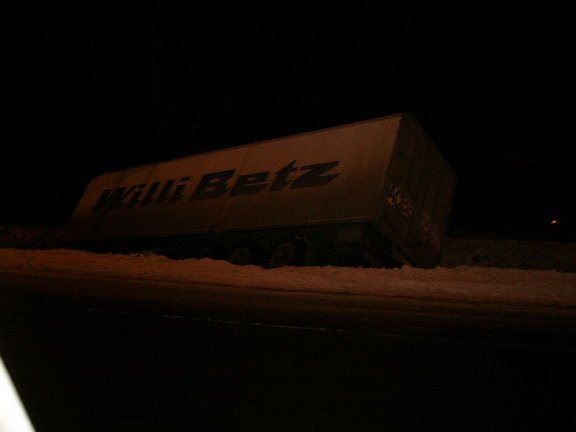