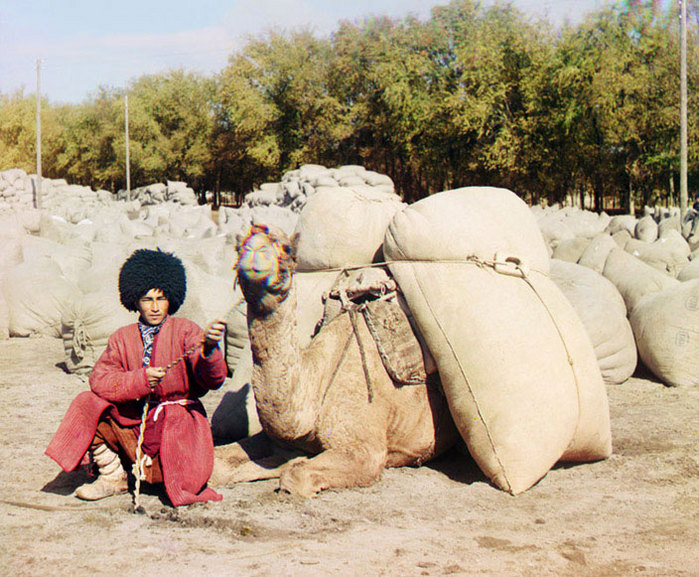 He travelled to all the distant parts of Russian Empire. This is for example a dweller of Turkmenia, now Turkmenistan. Camels were the common way of transportation for cargo even when trains were introduced to locals by Russian government.
We had already before some photos of this photographer, who managed to make color photos of Russia 100 years ago in 1900-1910. It’s amazing to see the life back there in full color. He had a special task to travel across all the Russian Empire (that’s how Russia was called that times before Communism) and make thousands of such photos for a Royal Depositary. So he made literary thousands of color photos of Russia 100 years ago. 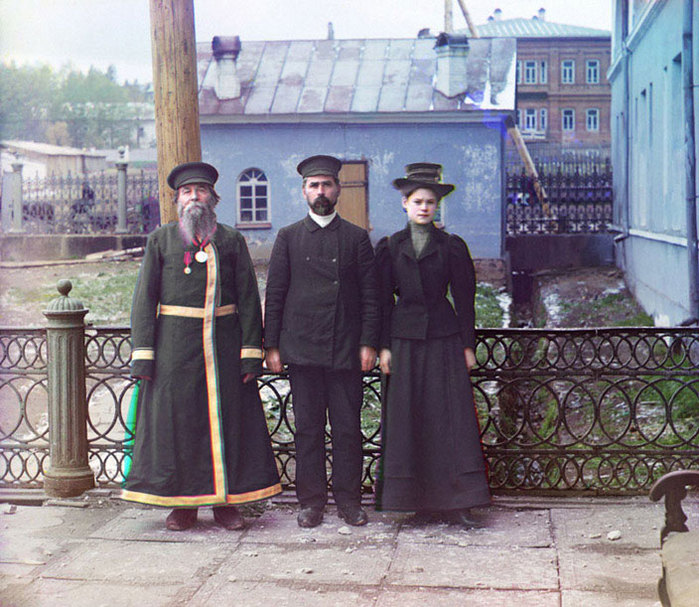 These are owners of Military Factory on Ural, region close to Siberia. 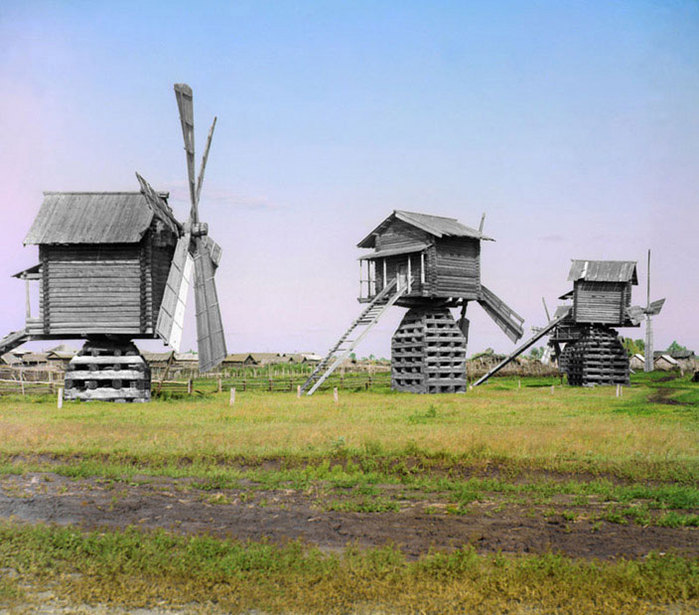 Mill-houses made of unpainted wood, which became gray after many rains.

That’s a middle of the summer in Siberia. 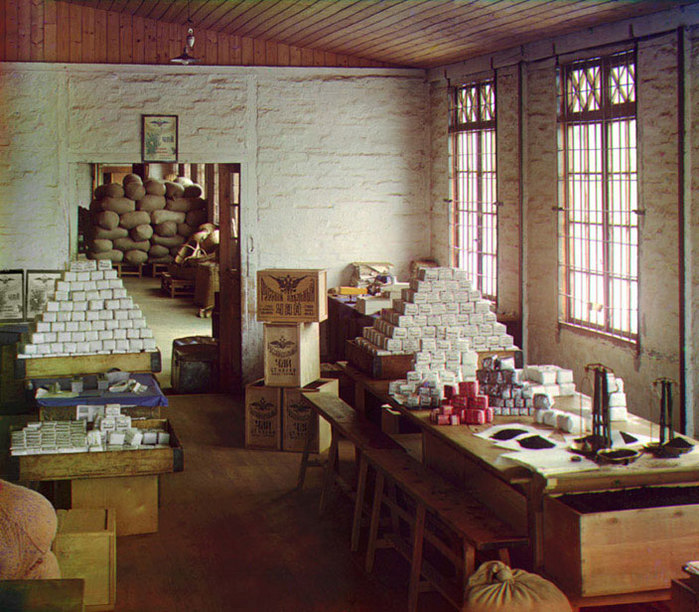 That’s a first tea manufacturing factory located near the Batumi, nowadays Georgia, on the shore of the Black Sea.

It was the major supplier of tea to all the Russian Empire. 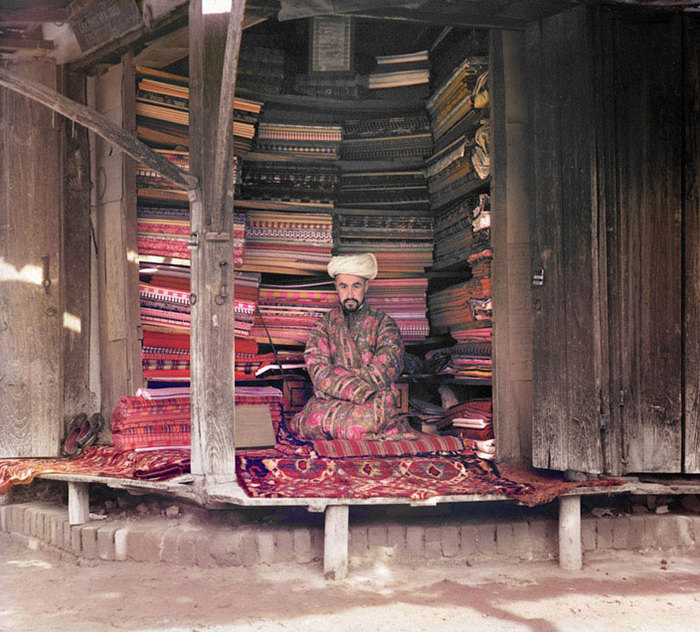 This is a market in Samarkand, he sells silk and wool fabrics together with some traditional middle east carpets.

On the top of his trading place one can see a page from Koran in the frame. 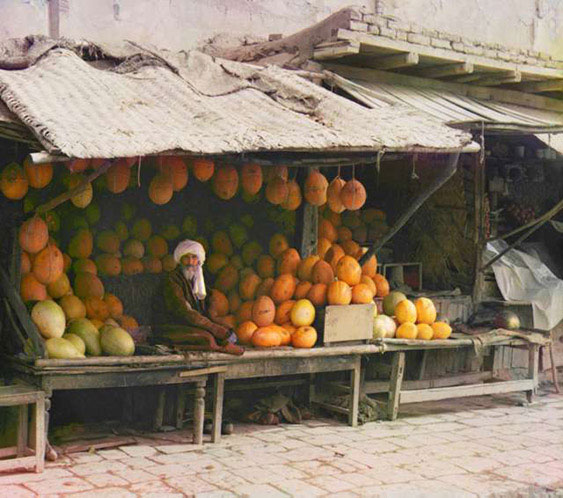 That’s another seller from the same marketplace in Samarkand, he sells melons.

He wears traditional cloths. Samarkand was part of Russia at that time. 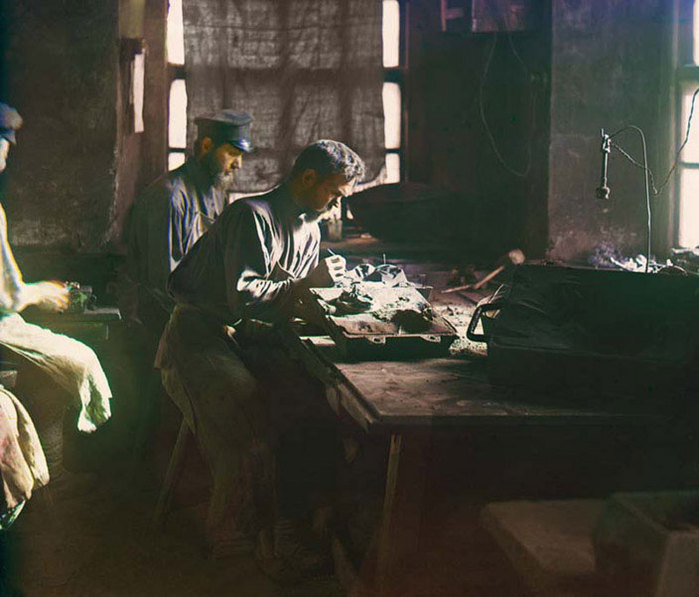 That’s a steel factory, founded in 1747 between Ekaterinburg and Chelyabinsk cities, in Ural, close to Siberia, in the region rich with steel ore.

At the moment when the photo was made there were working more than 3,000 people at this factory. 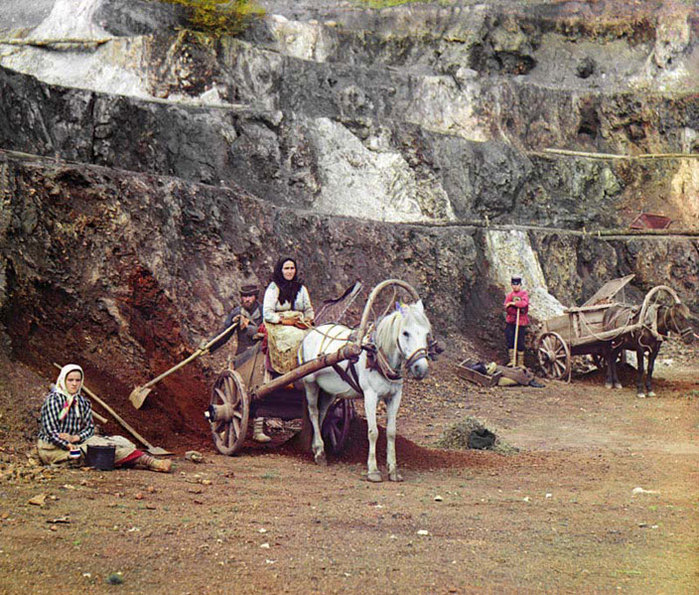 And this is steel ore mining. This particular mine was a family owned business, one of many other suppliers of steel ore to that factory above. Literary all the family was involved in extracting of the ore. 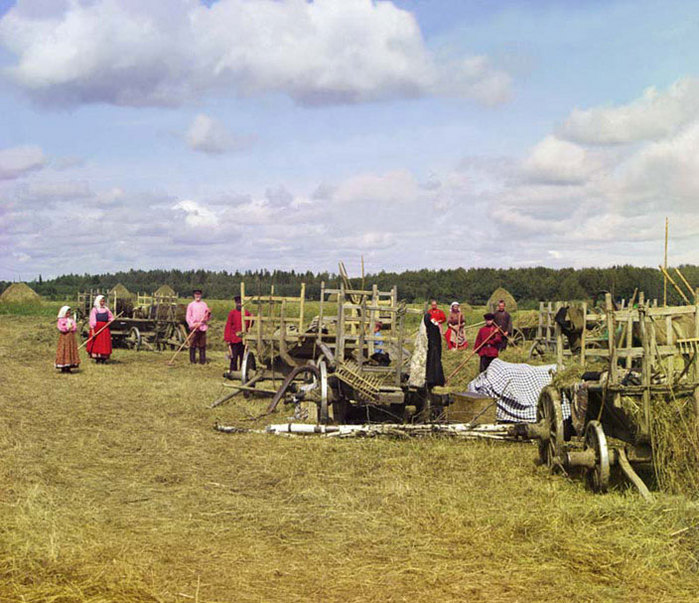 This is a fall of 1909, depicts the peasants who are on the break from the crop collecting job. The photo is made near Cherepovec, a city which lies North from Moscow. 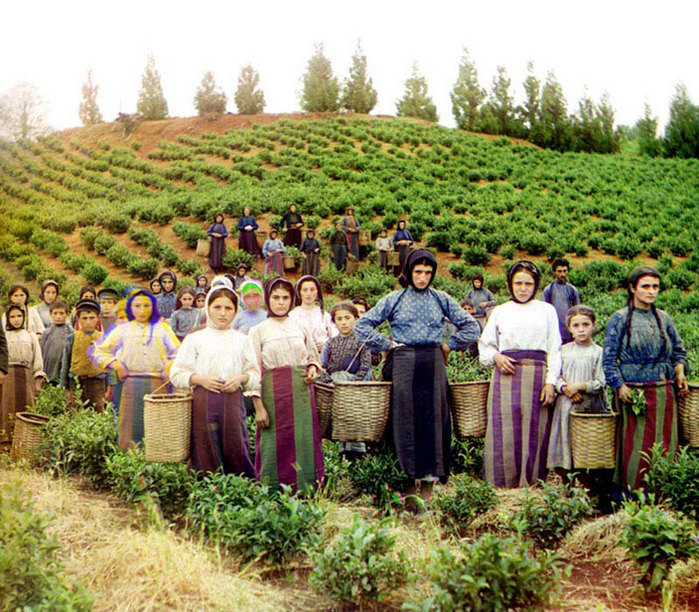 Those are Greek migrants from Greece working at tea collection, on the east shore of the Black Sea. In this region of Russia there was a big group of people from Greece. 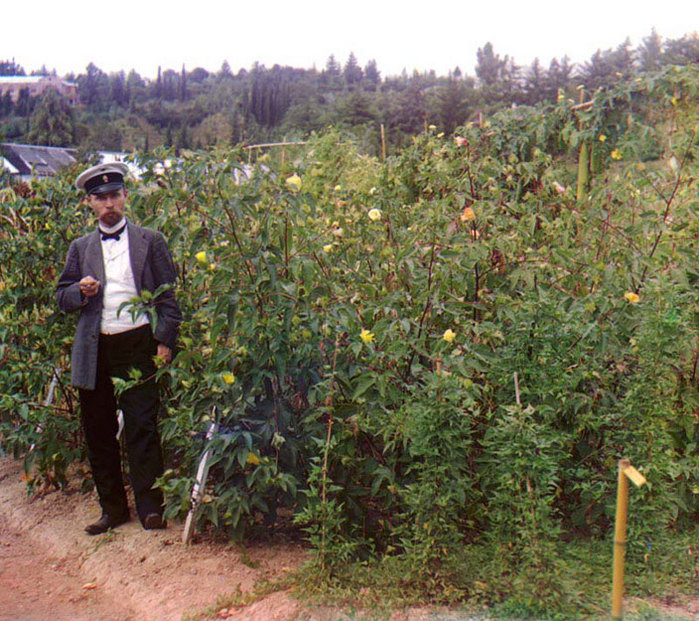 The most warm regions of Russian Empire at that time were on the shores of the Black Sea, thanks to the mild climate in those regions some Southern sorts of plants, like tea or cotton, could be grown there. 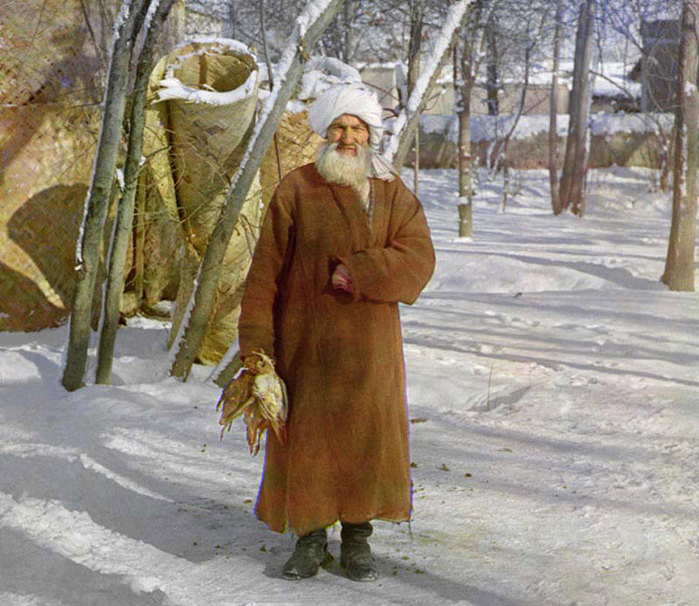 That is the old man of Samarkand holds some birds he just has caught.

From time to time we would post more of this outstanding photographer together with descriptive comments.

41 thoughts on “Russian People 100 Years Ago in Color”