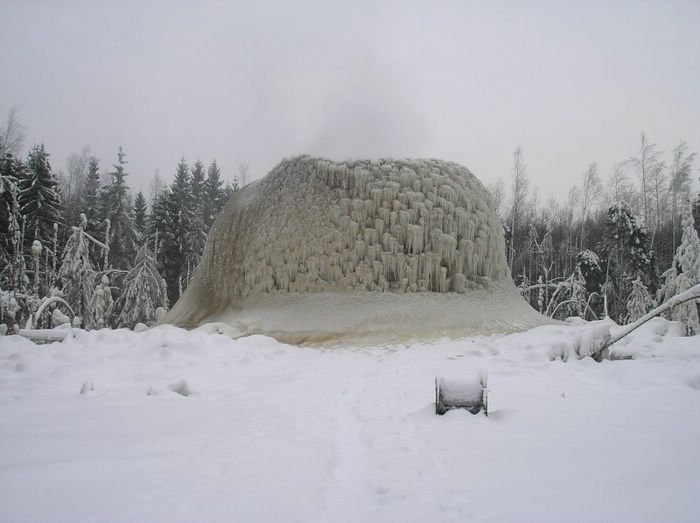 Yesterday we had a frozen waterfall in Estonia, today there is something else frozen from this small country, hard to say what is it for sure.

Some say it might be that waterfall from outside, some say it’s a monument to frozen jelly-fishes or Chtulhus.

Still those guys enjoy to be shot with this thing in the background, and the thing itself looks pretty interesting, minding that fact that it is located somewhere inside the forest. 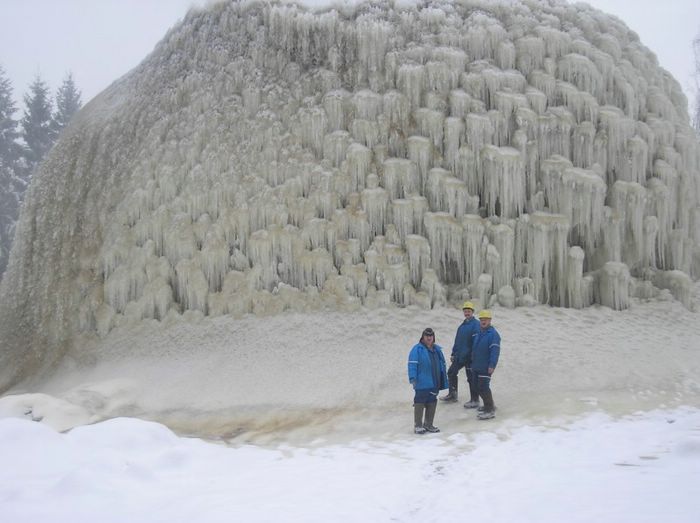 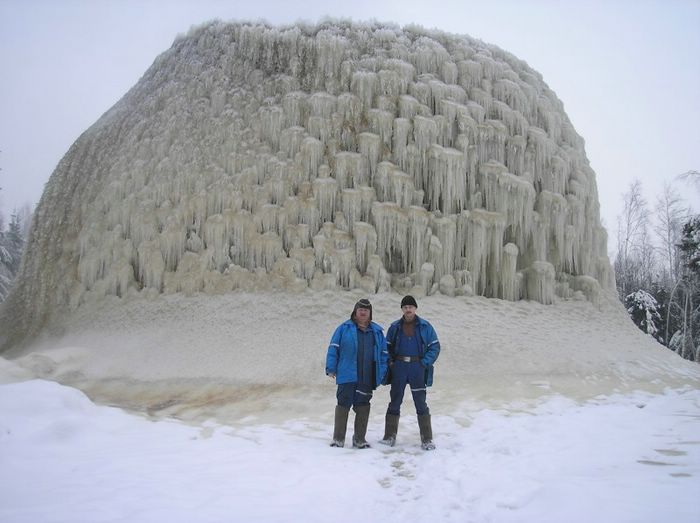 46 thoughts on “Frozen Something from Estonia”