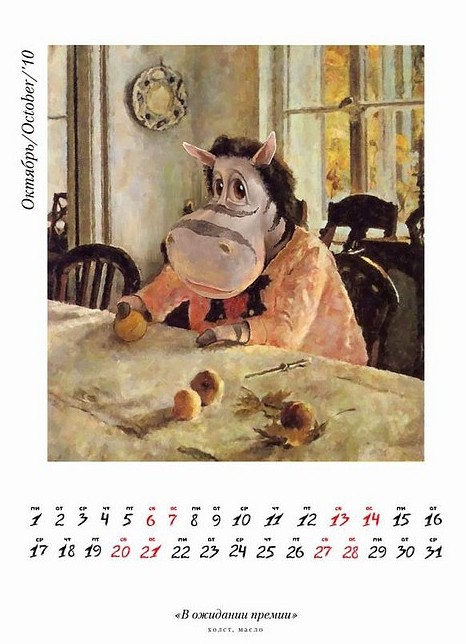 One Russian Internet provider has issued a calendar.

The main idea that was used in the calendar was the pictures from the famous artists edited in such way that main heroes of these pictures are now zebras. 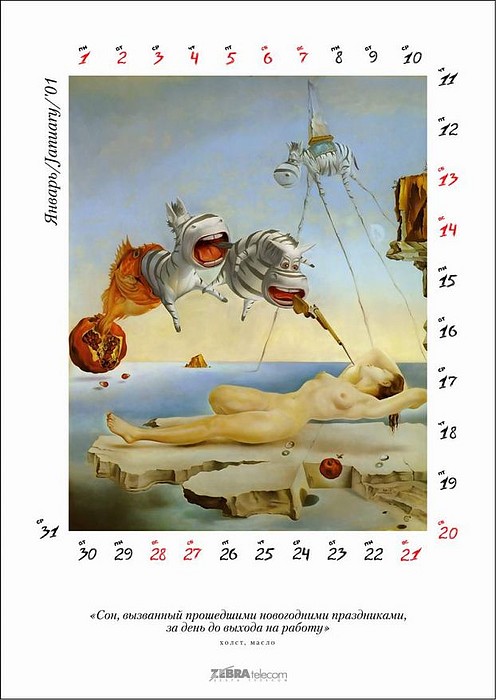 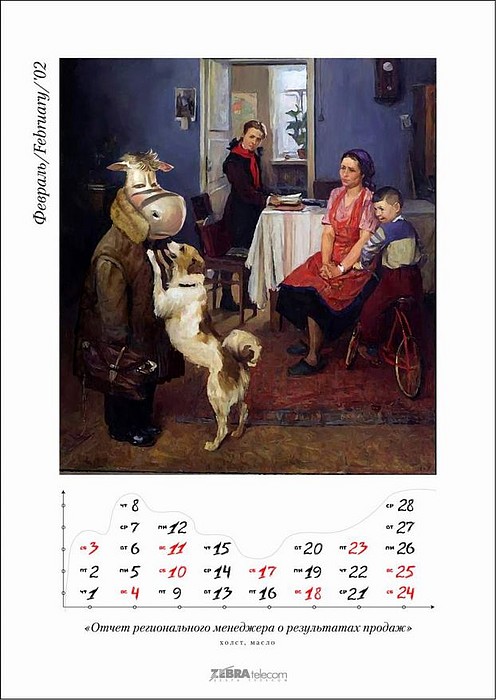 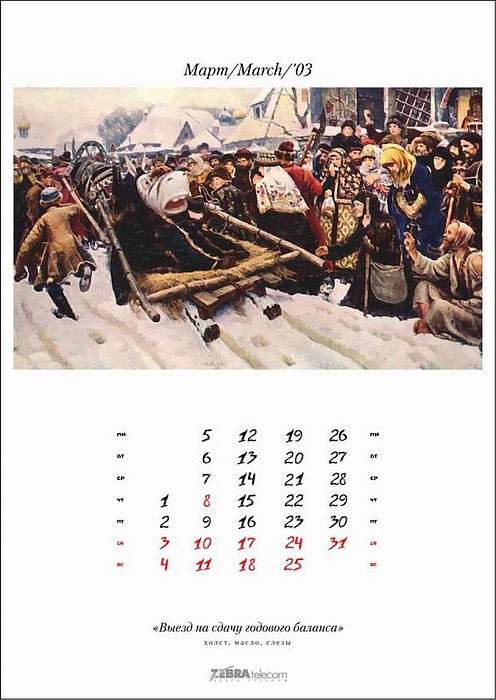 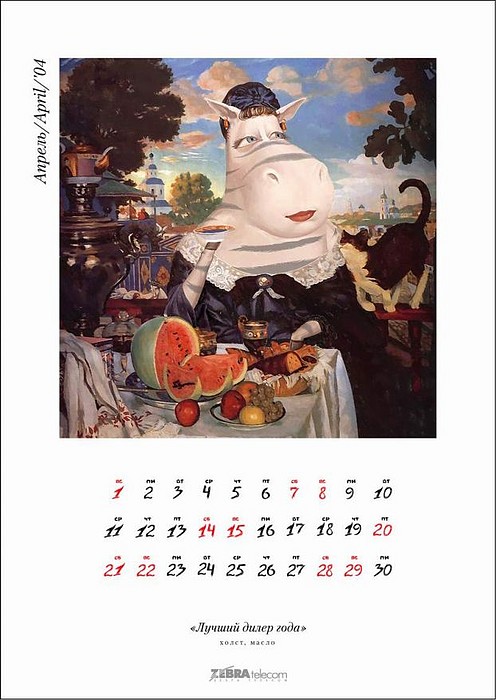 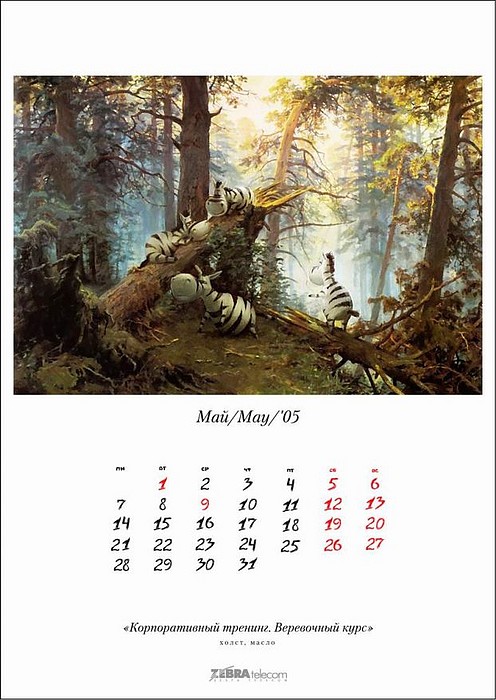 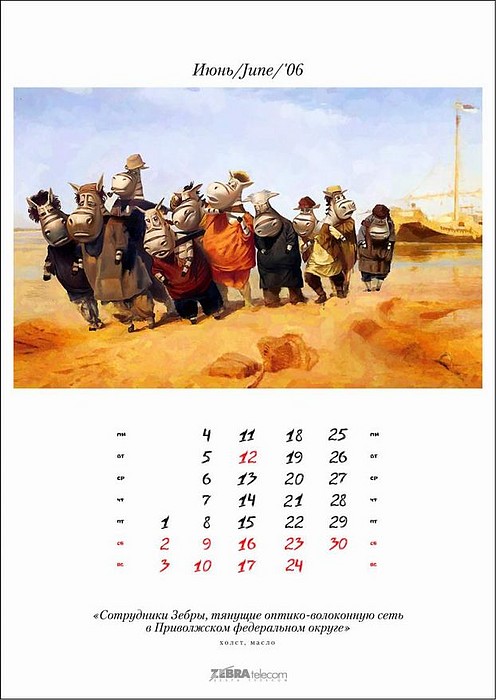 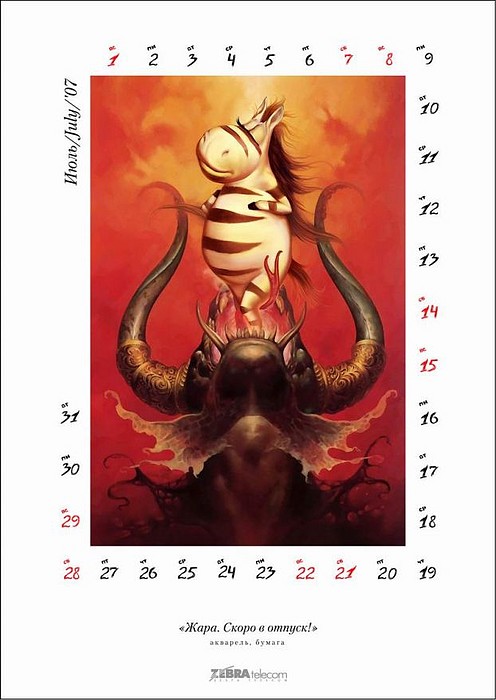 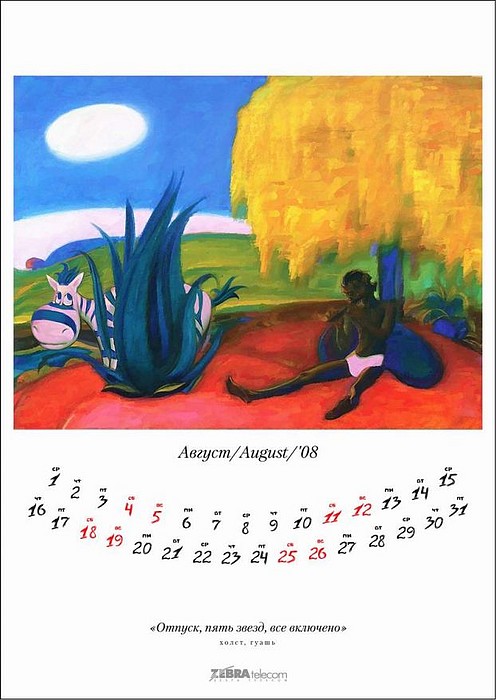 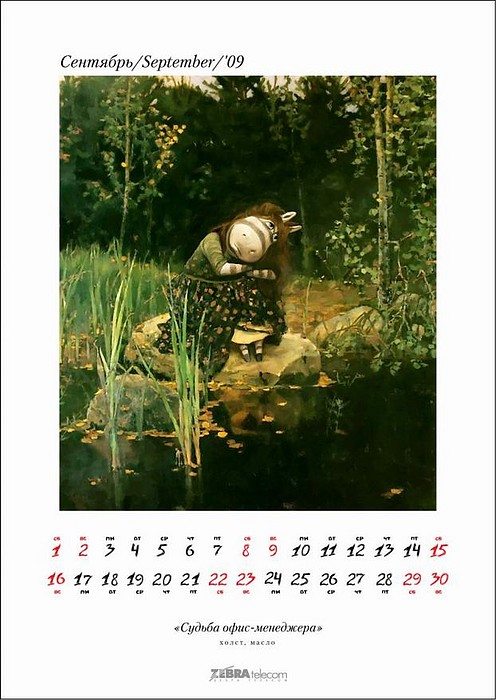 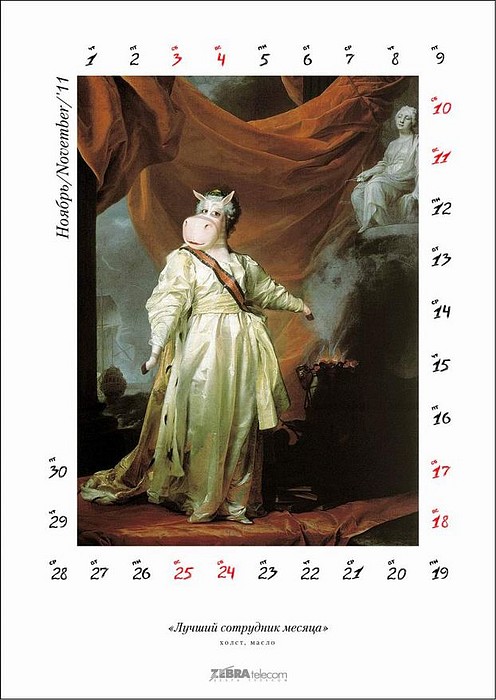 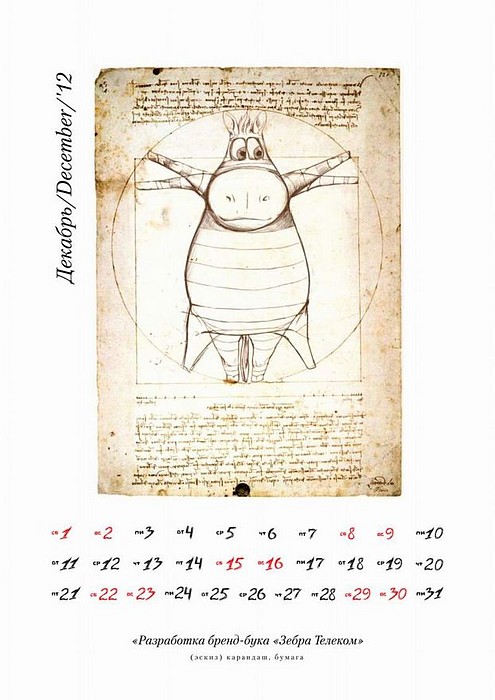