Photos are black and white. 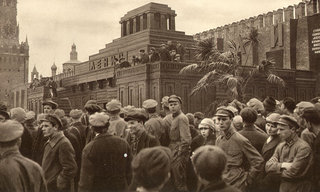 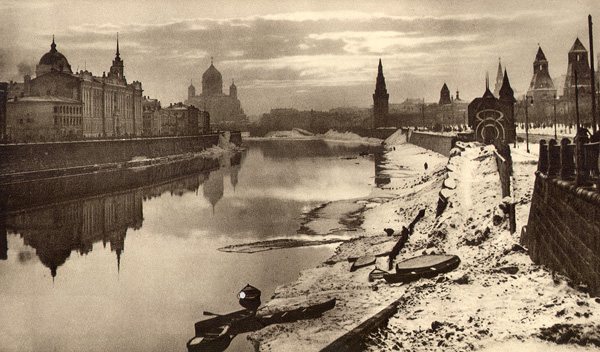 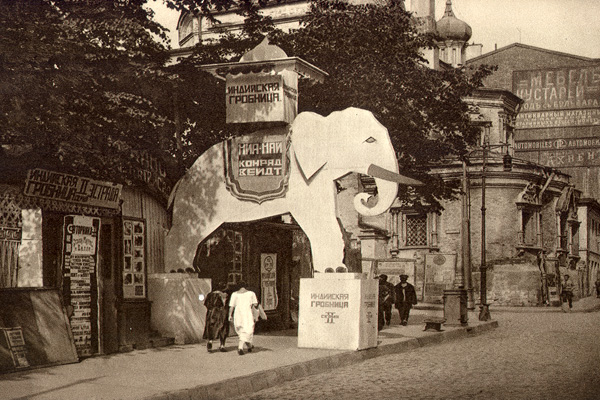 The advertisement in the cinema for the movie “Indian Thomb”. 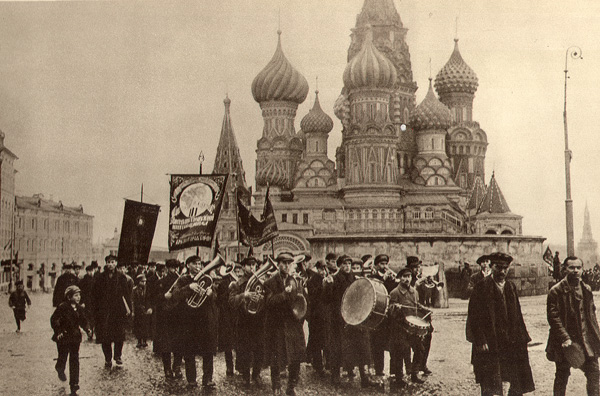 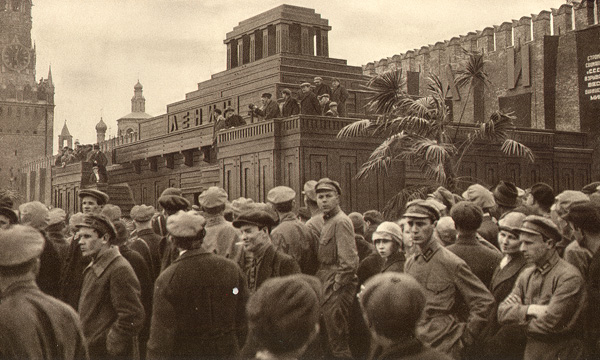 Another thomb, now it’s a Lenin Mausoleum – a place in Moscow city where mummy of Lenin lies under a thick glass cover so everybody can walk in and have a look at Lenin’s body. It’s still there even after almost 20 years of Communist regime collapsed.

It stands next to the Kremlin, right in the middle of Moscow city. For some strange reason a palm can be seen near it. 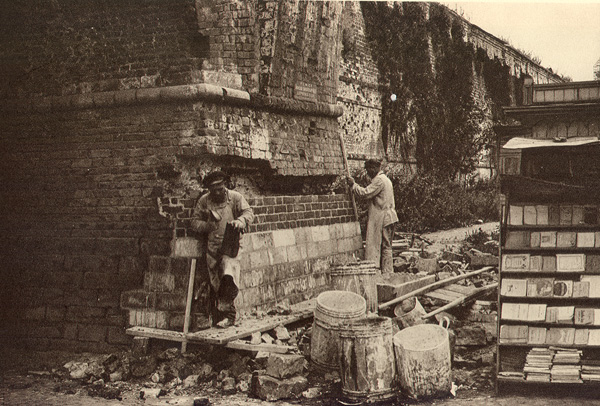 Before Soviet era there was a China town in Moscow city, separated with such a wall. Here the workers renovate it, next to them the book shop stands can be seen with books for sale. The wall was removed completely in a few years after. 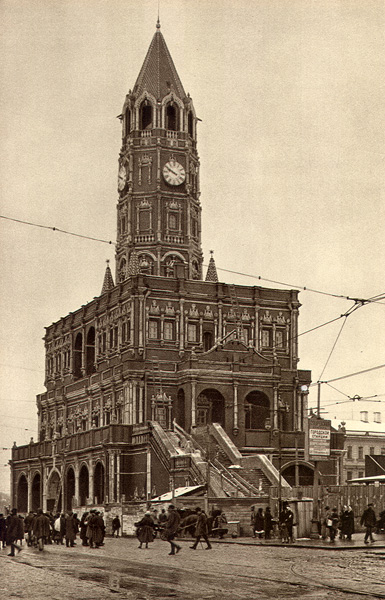 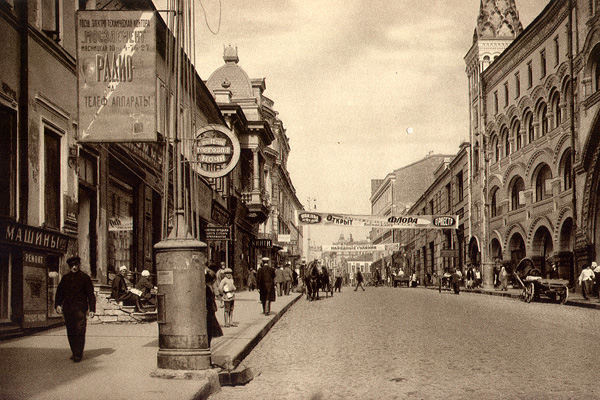 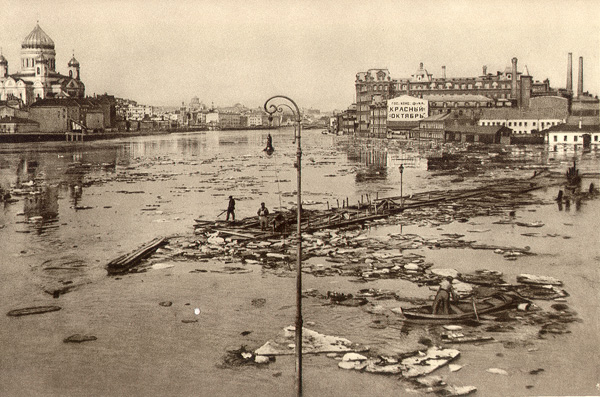 These images were scanned by some rare old book by Maha