Here are some shots from kids playgrounds in Russia. 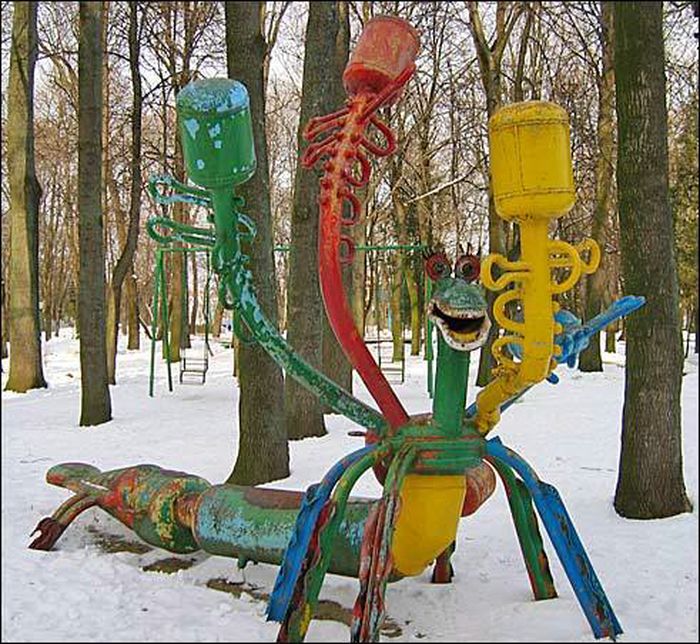 This one is to start. It can symbolize some dragon but what are those bowlsÂ there on top?? 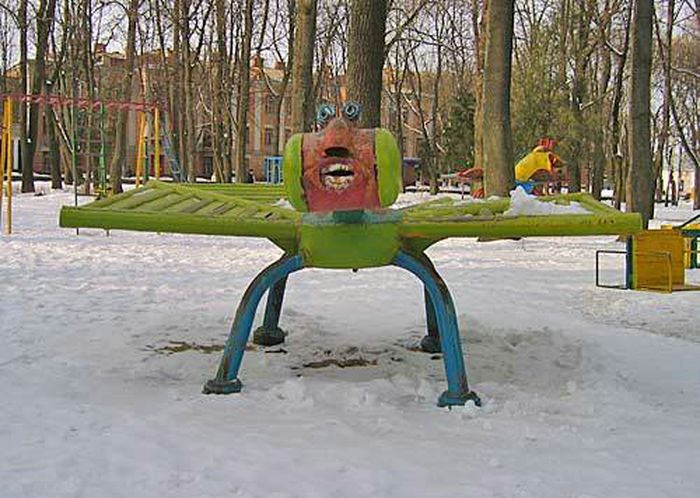 What’s this device for? It also has a personality. 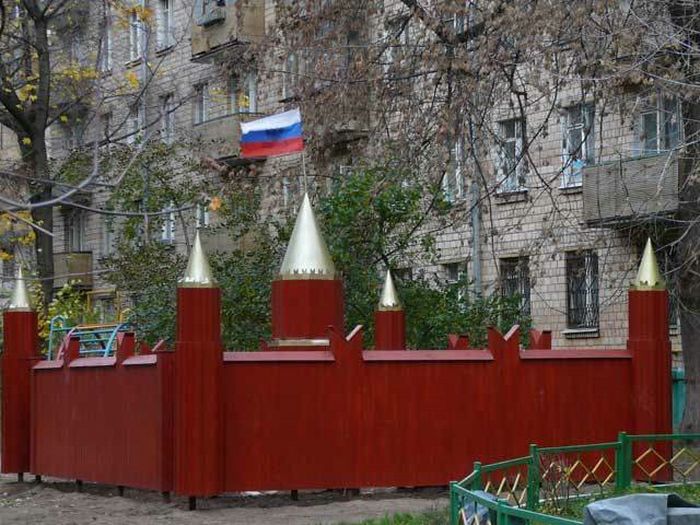 This is 100% clear thing. It’s a copy of Moscow city Kremlin. An example of highly fortified children playground. 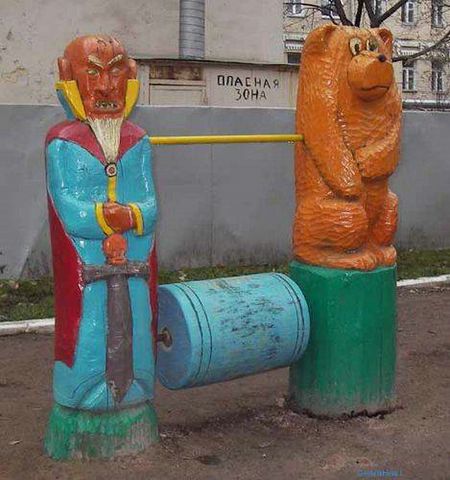 The animal on the left is a bear, it’s traditional, Russian beast. The guy to the left looks like some Chineese or Japaneese samurai?

There is also a sign on the background “Dangerous Zone”. Is it because of this playground? 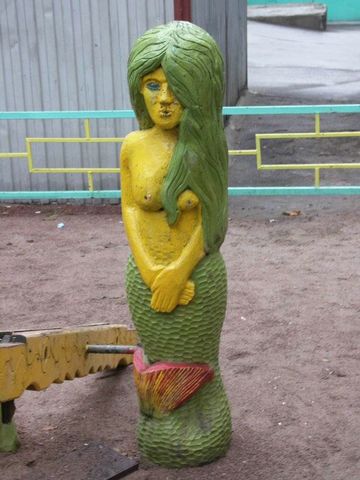 These are swings with a mermaid. The author thinks that kids should go natural and understand that mermaids don’t wear swimsuits. 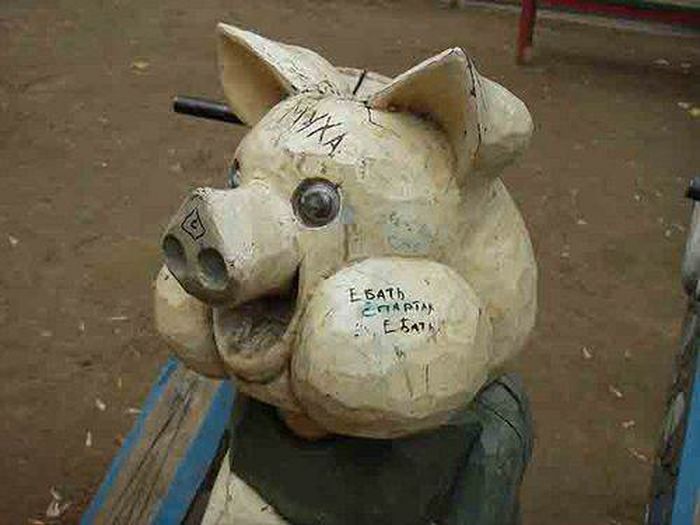 A lot of rude words inscripted on this pig. 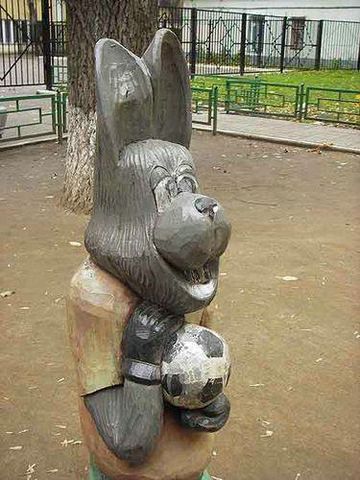 Who might it be? There are a few possibilities – the wolf with a ball and the rabbit with a ball. The third one – it’s a wolf and rabbitÂ  in one. 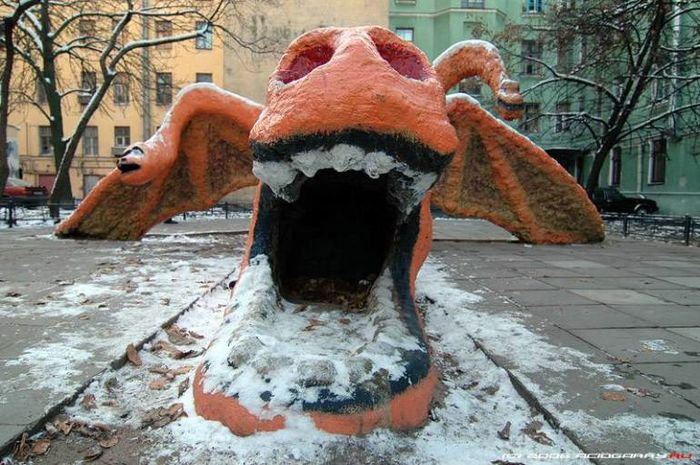 This one is really scary.Â  But you can step inside.

Also the snow on this photo lays strangely. There is an illusion that snow spreads from this monster. 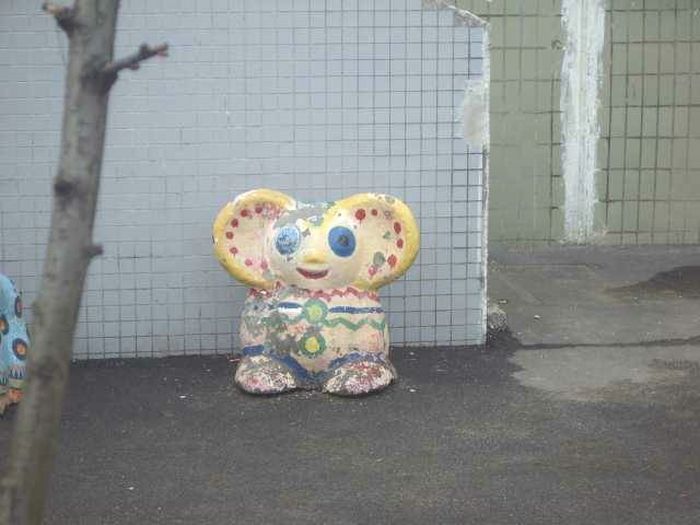 That’s one is a shy little thingie. 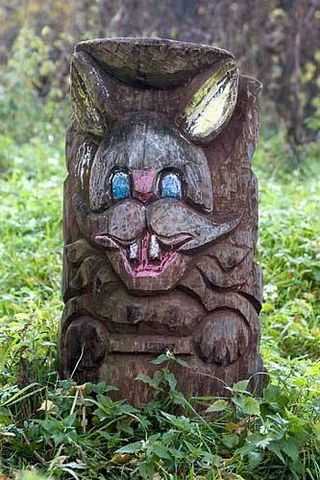 People say that this one was built to commemorate the rabbit who turned into wolf at midnights. It can probably be related with the upper rabbit-wolf structure. 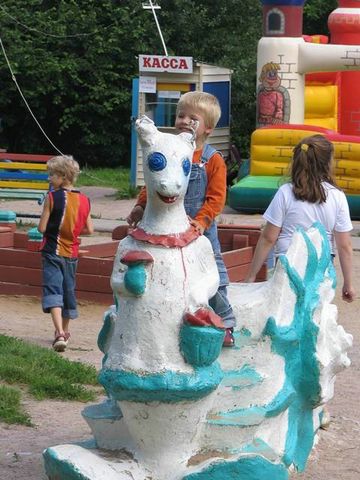 This white-blue thingie collects mushrooms and eats them probably, else how would you explain its unidentified specie and very pleasedÂ look. 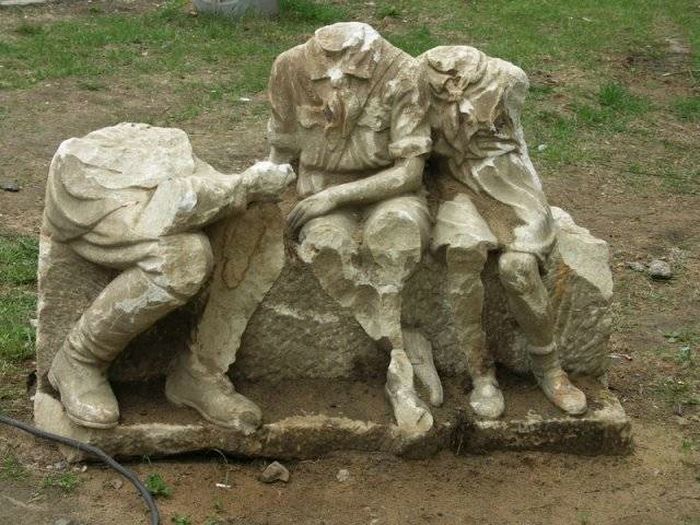 Headless sculptures can teach kids that they should value their heads? The grown up from the left side is more than headless – it may show the trend that more you grow up the less body remains structured. These are just nice.