Here is a shocking story of Russian pilot, now living in the USA who was on the air 9th September 2001 and have made photos right from the air when planes crashed the WTC.

He worked at that time as a programmer in one of the dot coms and had some free time which usualy he spent flying Cessna 172SP plane around NYC.

We have this photos today.

Just when he took off he spotted a smoke coming from WTC towers. He was very surprised and headed in that direction: 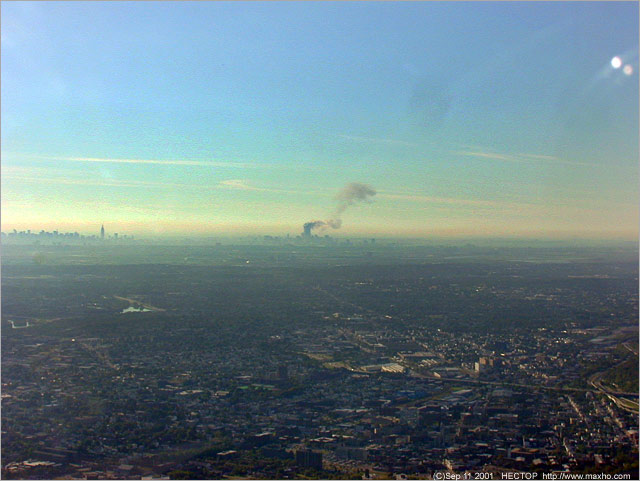 When he approached to George Washington Bridge he tuned to a local 1010 WINS news radio station. He says that at that time there was news that “a small plane hit WTC”. Then he switched to hear what other pilots flying above Gudson are talking about, but they discussed same thing “a small commuter that hit WTC”. 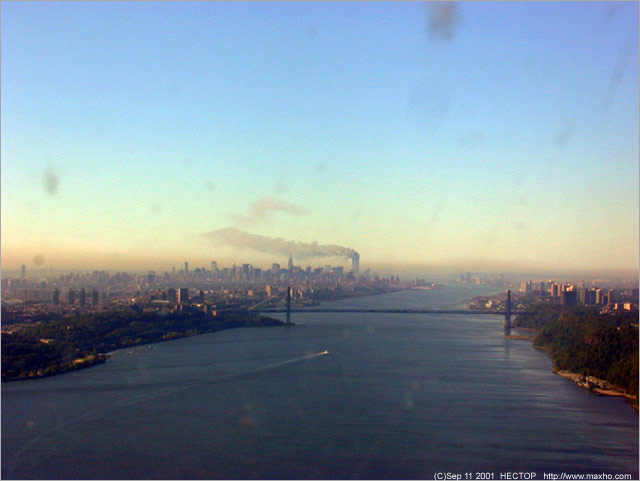 So little by little he was approaching the Manhattan. He met a few small planes like his Cessna, and pilots were saying something like “Oh man there is something really bad happened!” 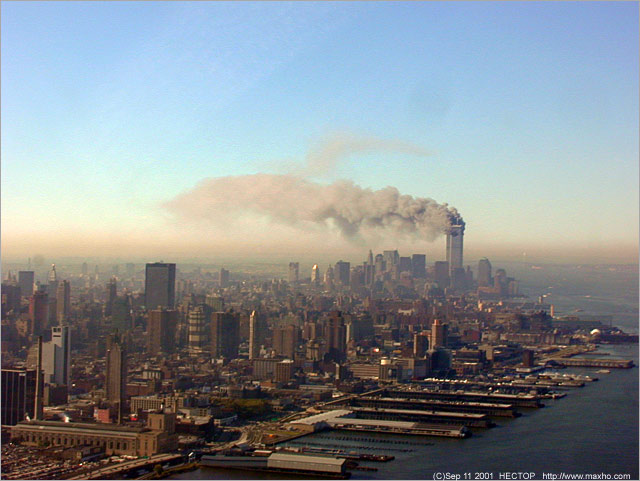 He got even more closer and noticed another BOEING 737. He says that the BOEING was flying the same way it usualy does when going to landing from La Guardia destination, probably a little bit lower than usual. 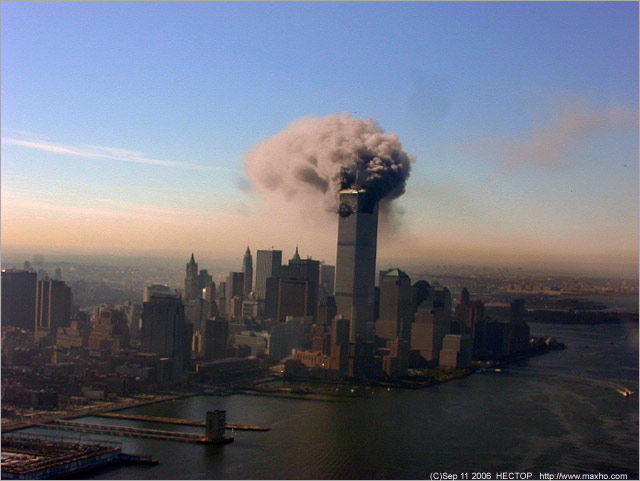 And then suddenly this BOEING 737 changes his course making a very sharp curve, targeting the South WTC tower.

He shot it at the moment it hit the building. 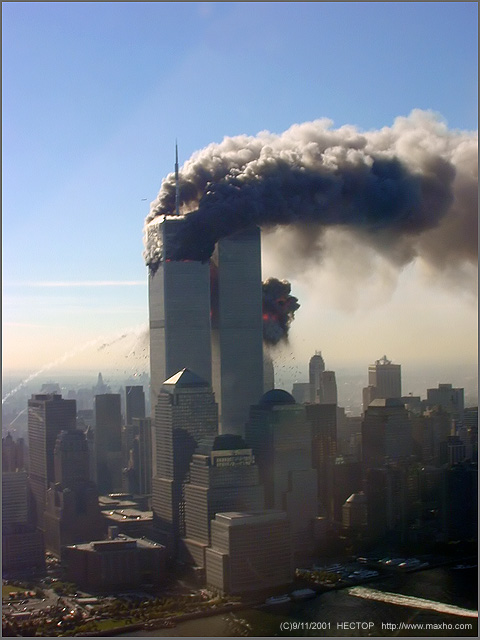 The author of the photos says he doesn’t believe at all that this maneur could be done by some rookie who just graduated from “Florida Flight School”. According to his opinion it was some very experienced millitary pilot making his last kamikaze mission. 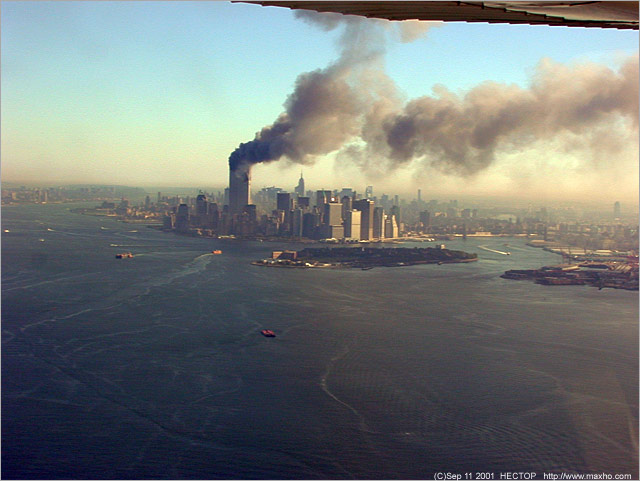 After that he decided to find a place to land but all the places around NYC didn’t accept him so he had to fly to NJ and land there.

He hid the camera so that nobody could know he was filming.

Original story on Russian by MAXHO