A while ago there was a story about one Moscow city street advertisement agency.

What made them famous? Their attempt to install a new street ad stand, so they had to hammer in a concrete pile into ground. They started doing this and suddenly the pile came down through ground layer and disappeared somewhere down there.

Yes, they were shocked but they had a task to accomplish so they started to smash in another pile – it also broke in through the ground. Now they got really puzzled.

So where have their piles gone? They gone right into a subway train, nailed a full of people subway train moving at 40mph (70kmh) down to the ground – right in the middle of the working day. They got extremely lucky that the subway car in which they hammered in a pile was almost empty and nobody got seriously injured. 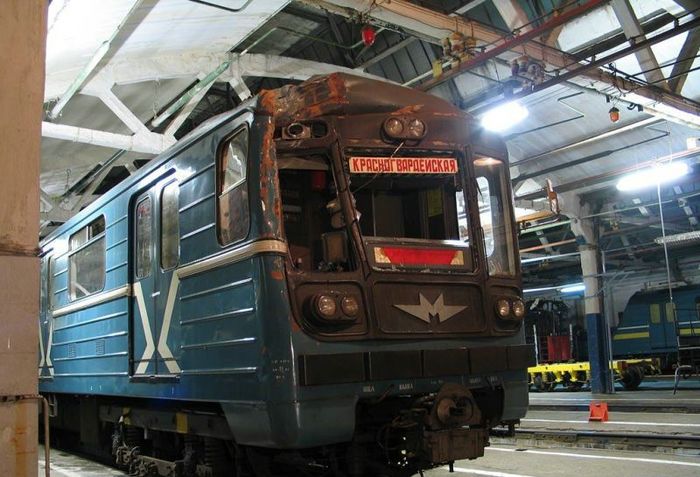 This is how the metro car looked after the incindent. 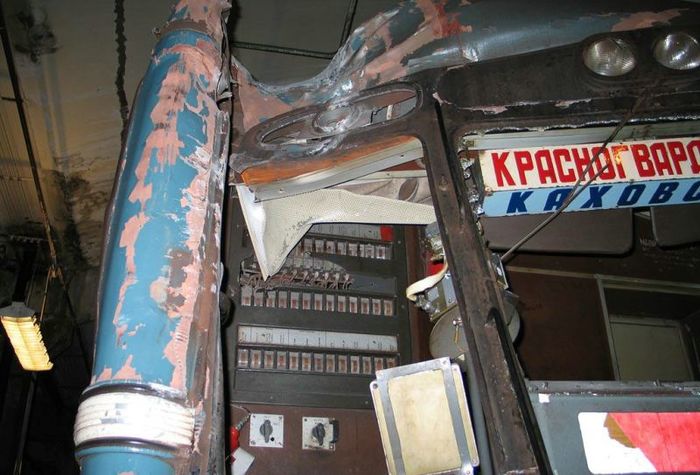 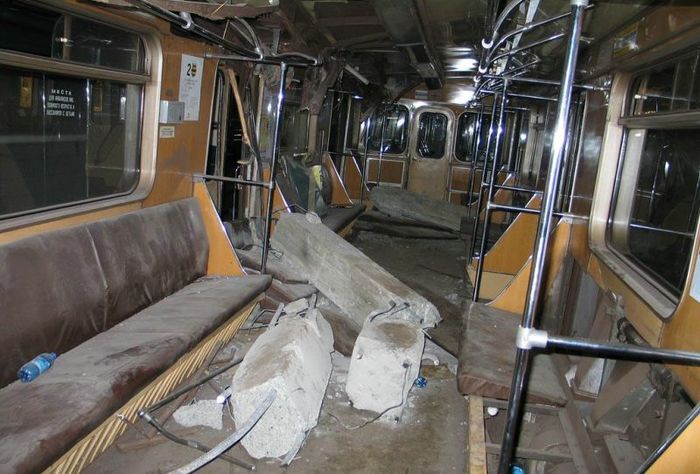 And that’s those two piles. After the first one hit the car, the train was stopped, and the second one followed making another hole in the car’s roof. 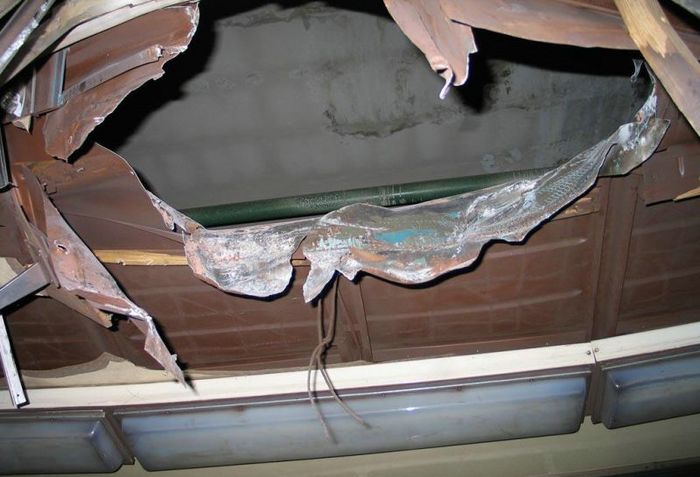 That’s one of those holes. 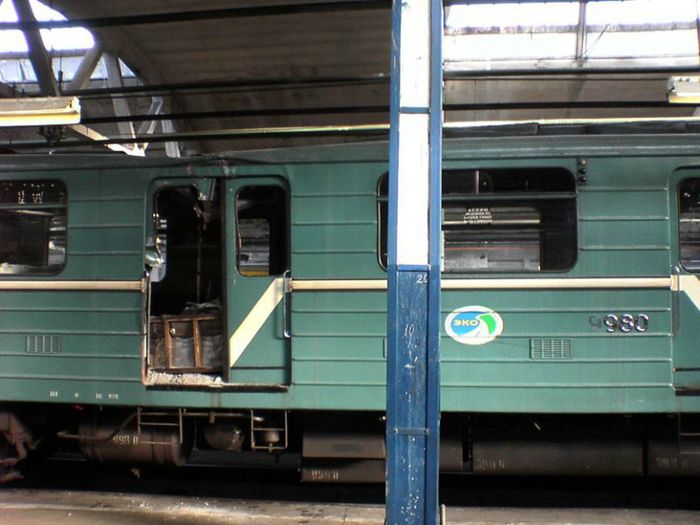 And this is the view of this car in general. A layer of sand, dust and concrete crumb covers the floor and even falls out from the car through the opened door.