This is an authentic photo from official Soviet Russia archives.

Can it be so that Soviet Russian goverment concealed their plans of replacing Russian people with human like robots or androids?

It could be a great step forward towards Soviet ideals – an average robot is much more convinient for a Soviet goverment than an average Soviet citizen.

According to the photo first species of those robots were treated with all honours, I wonder why they closed the project? Was it a lack of budget? 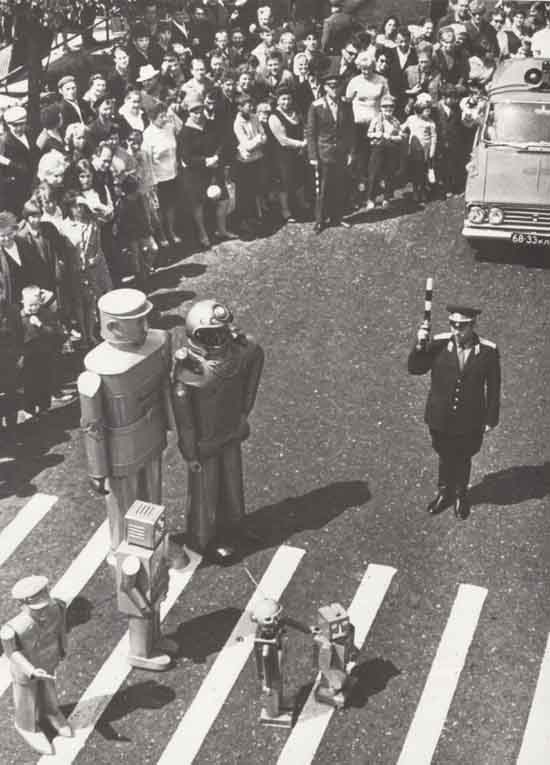