It’s a photo from amazing Russian photographer Prokudin-Gorsky, the official photographer of Russian empire. He had a special technology of making three different shots and then combining them in one colour images, most of his works are now stored at Library of Congress and available from their site.

And what can we see here? A group of islamic terrorists sit in cage-prison guarded by Russian soldier – the guy in red pants with a rifle (this kind of prisons were made by digging a big hole in the ground and putting very low-ceilings building on it).

So the war with Islamic suspects in Russia is 100 years long already? And at that time there were no human rights commisions and “secret prisons” were pretty un-secret.

You see there Osama’s grandpa probably? 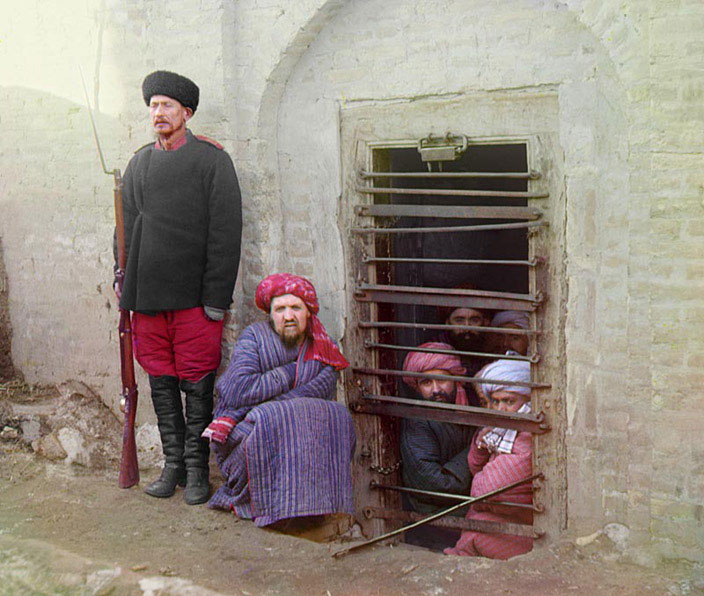