Tornados can happen even in such cold climate countries like Ex-USSR part Ukraine. This shots are made on Crimea peninsula, most population of which prefer to speak Russian language to Ukrainian and demand from their local goverment to make Russian as their state language.

The most interesting thing about this tornado that the Black Sea is a small sea that is not connected directly to any ocean – so it’s like tornado in a lake so to say. 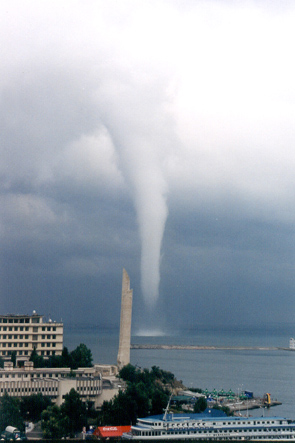 The city on photos is Sevastopol. No damage were caused to it. 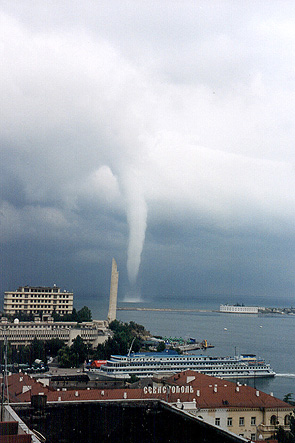 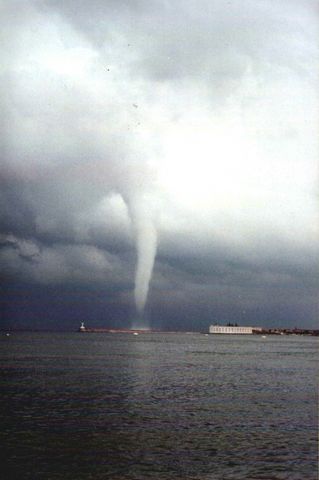 Probably these are effects of global warming so much expected nowadays.