During Soviet holidays many Russian cities were decorated with different Soviet propaganda stuff.

Here are photos from the Moscow city back from 1932.

As years passed this tradition only srengthened, at the end of Soviet era cities were drowning in red flags and slogans on each holiday. 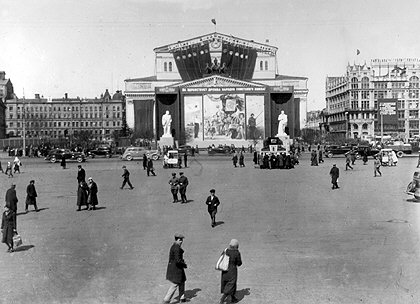 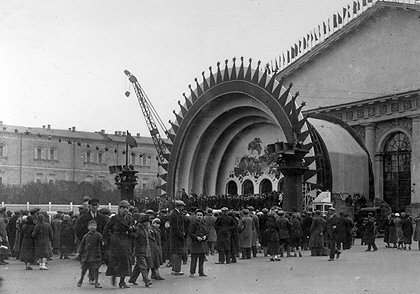 Red stars Red Flags. All this almost 100 years ago. Even cars are decorated. Every structure tried to be decorated. 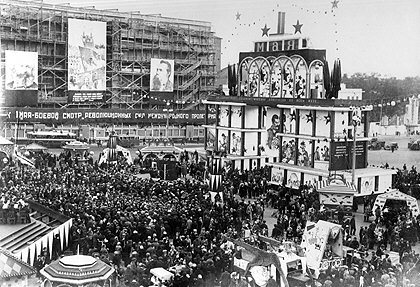 For every holiday new monuments were opened. 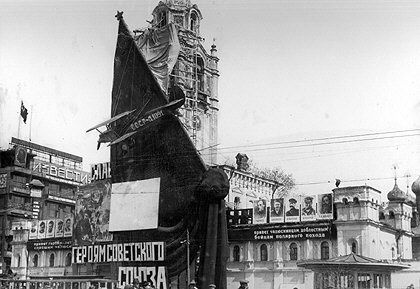 “We devote this to the Heroes of Soviet Union” Look how people walking around just don’t correlate with fantastic monuments and decorations. What is this? Soviet Robot? 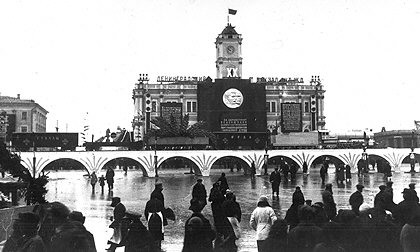 “We are not afraid of the menaces! We are ready to answer to any who will hit us!” 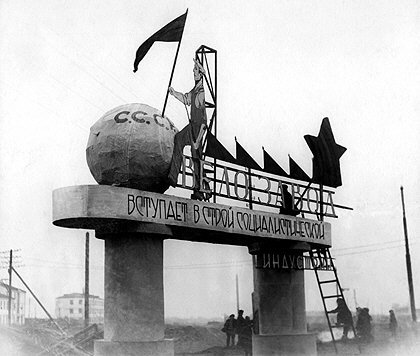 Again, look at the people and at the structures. It seems that structures come here from some fantastic movie, and people just look trivial people how they were 100 years ago. And once again some unreal Soviet creature and common people.

It’s pity but you can’t see any of these nowadays why travelling to Moscow or to Russia. Maybe just in Chernobyl where the city stays practically untouched from 1986, the year when Soviet union started to collapse.