This post is some kind of the second part of Russian Police faces shot across Russian cities.

If you havenâ€™t seen the previous post on the subject you can view it here under â€œRussian Policeâ€.

All the photos are real, shot by people on the streets, submitted by different visitors.

Most of the photos are from Moscow city. People complain in Moscow that the police in the city consist mostly of the people who came from other more poor parts of Russia, thus these are not faces of Moscow but faces of Russia. Yes, people in Moscow always think that Moscow is some sort of other country. Country in the country. And that’s true – it has been said that 90% of Russian money are circulating inside Moscow city, and 90% of these 90% are in the Moscow downtown. 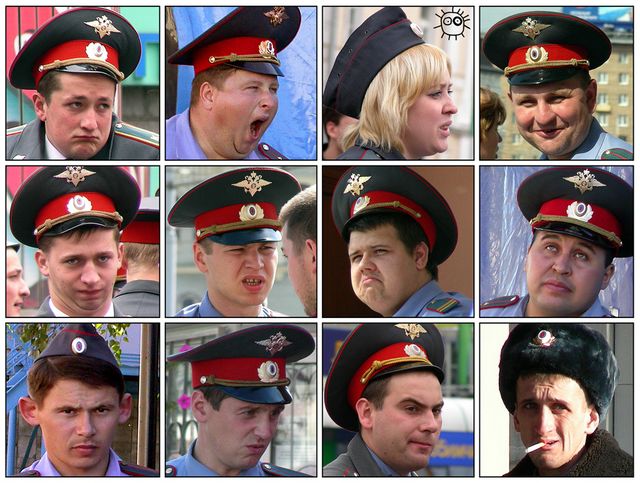 So if you go travel to Russia this is a short map of the policemen you might meet. 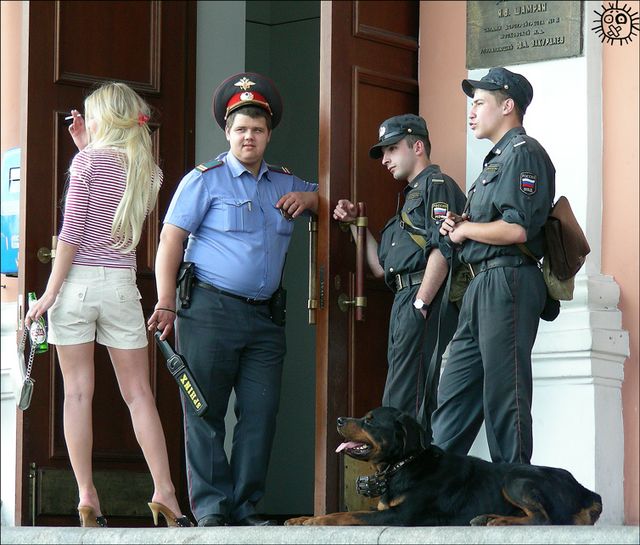 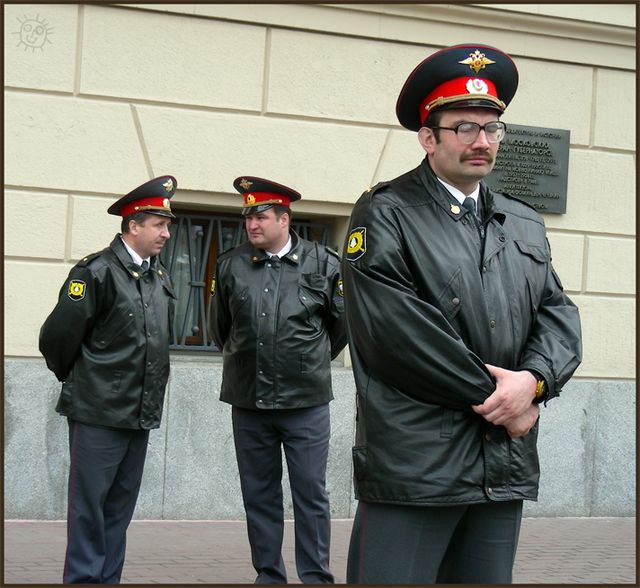 May I take a little nap please? 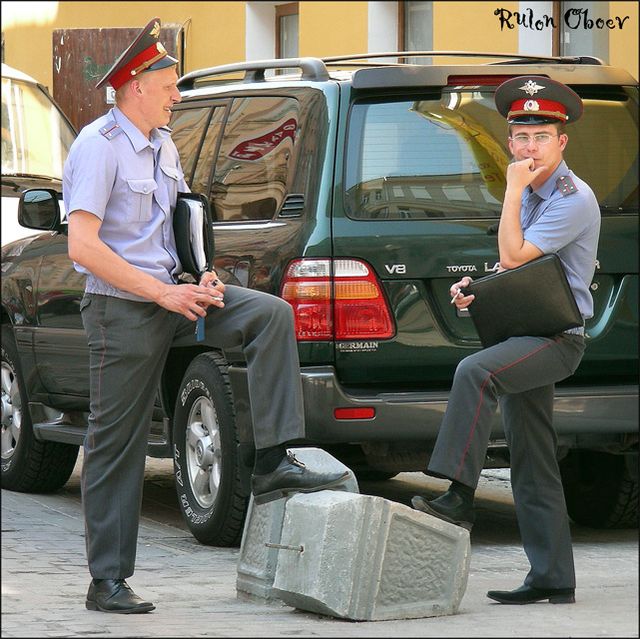 As it was said the shots are from Moscow, a lot of nice cars are there. 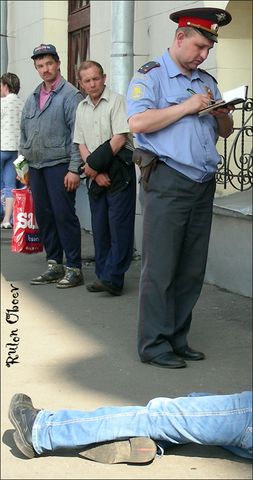 Some sort of drunk incindent? 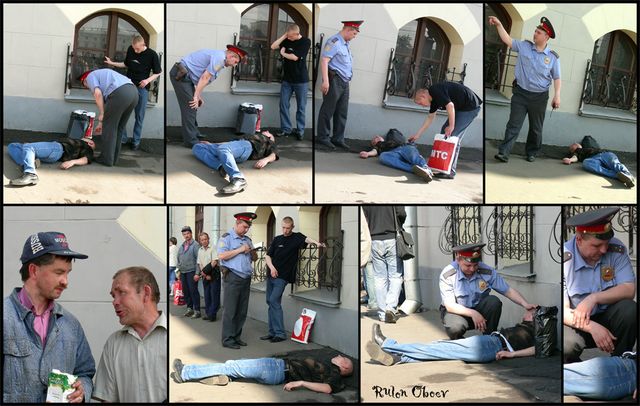 Here it is continued. 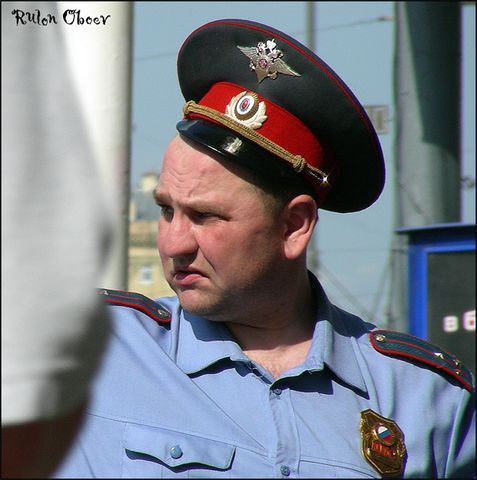 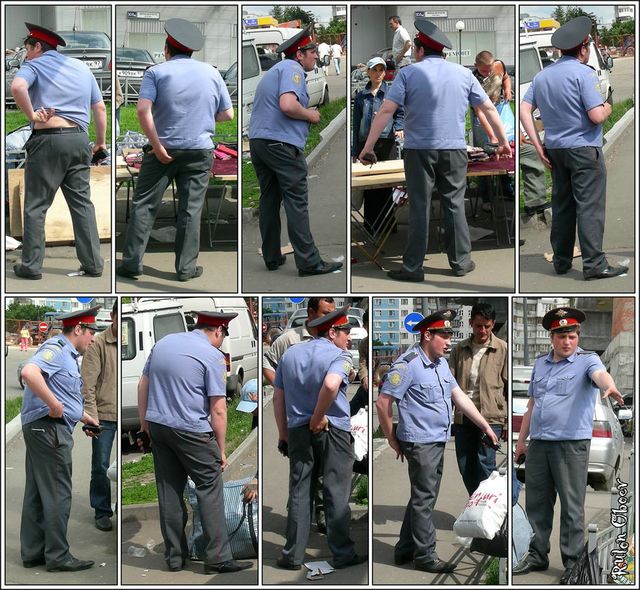 Here a policeman demands something from the people who sell stuff on the streets. 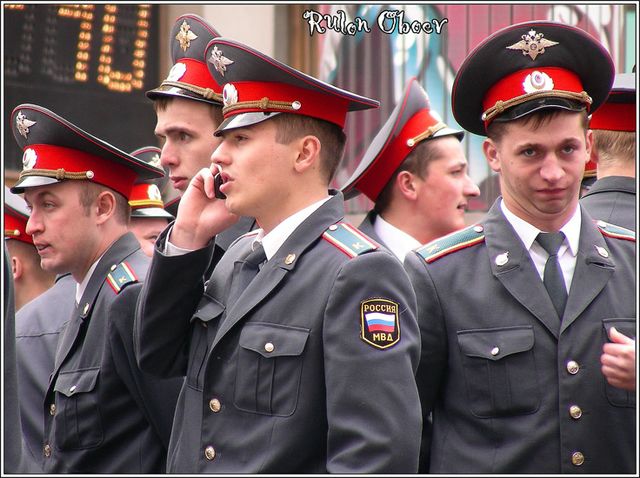 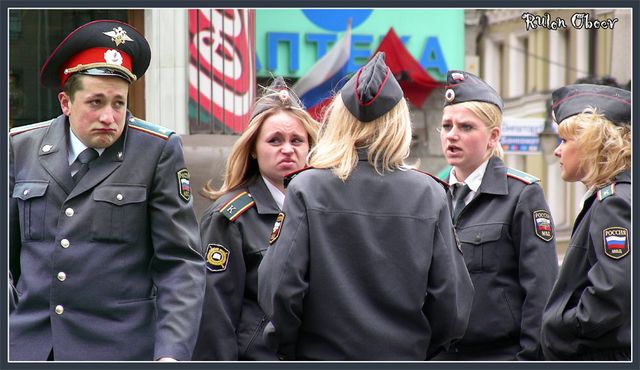 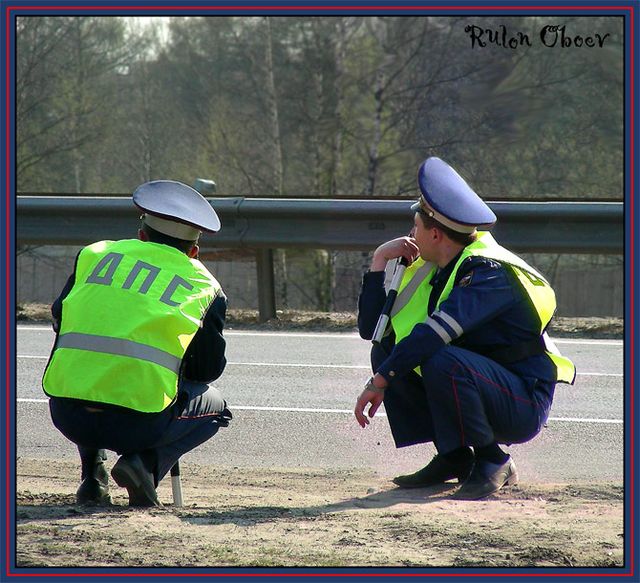 Russian Road Police. Waiting for another victim. As it has been said roughly 90% of the penalties that Road police gets on the roads of Russia don’t go thru banks but directly to the policeman pocket. 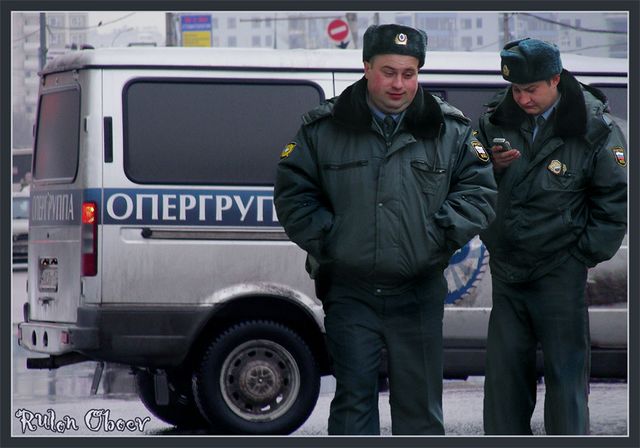 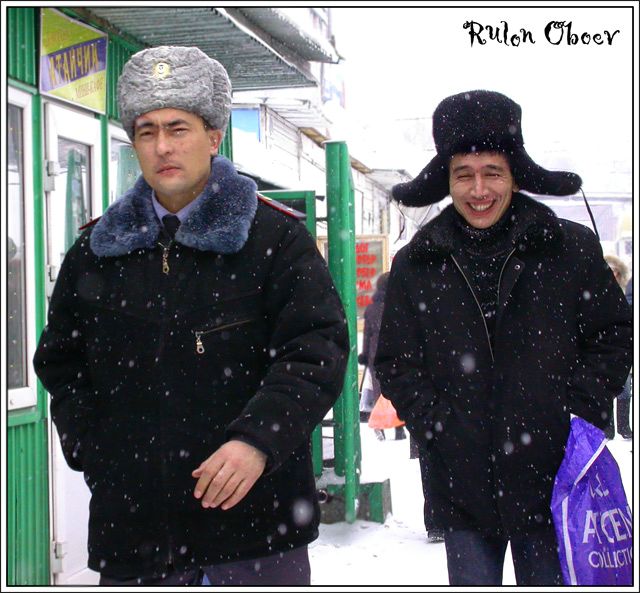 This is a winter outfit of some higher Police officer. The left one. 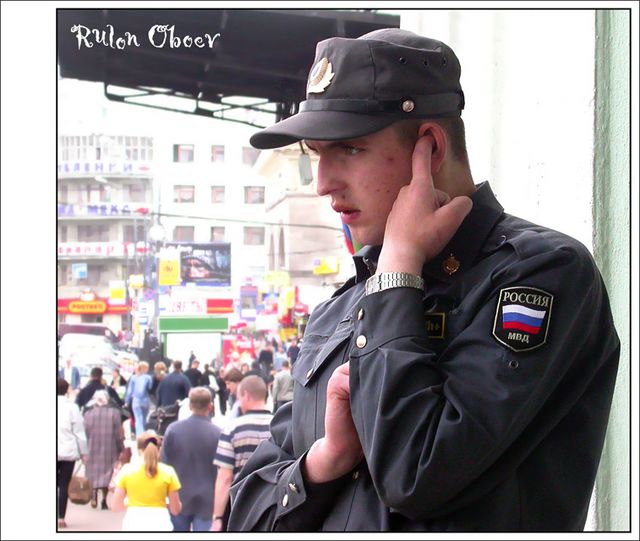 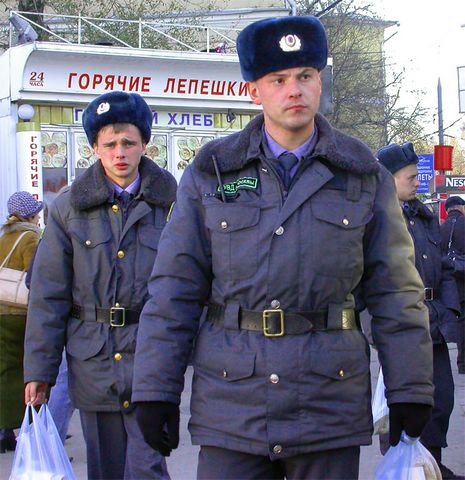 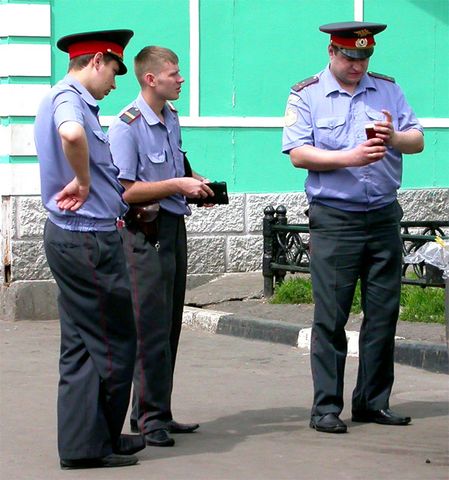 Sharing some profit with each other? 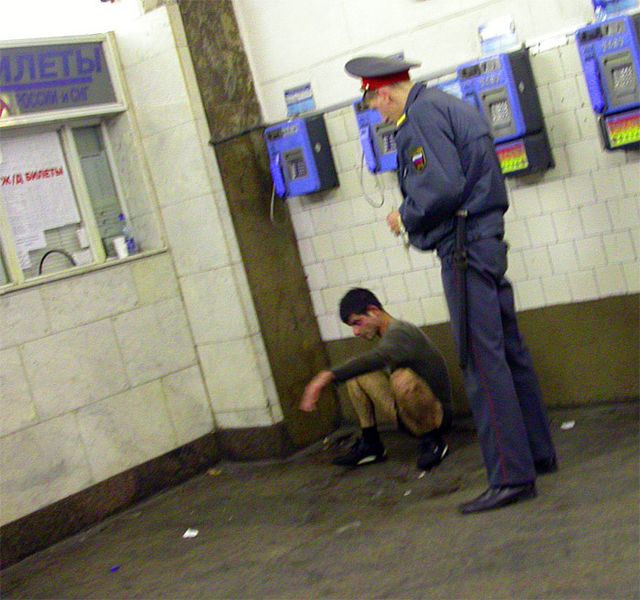 This is the example of a Southerner so hated by some Moscow dwellers. 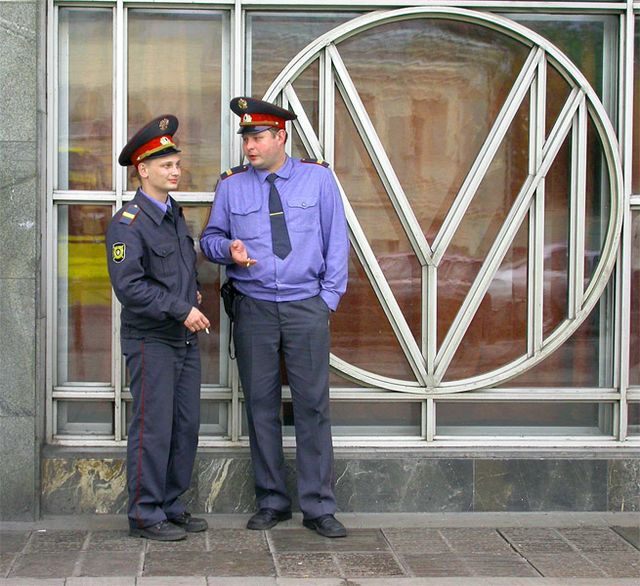 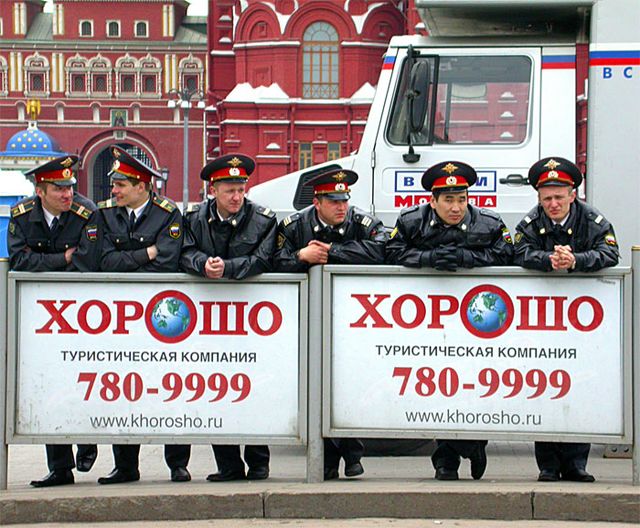 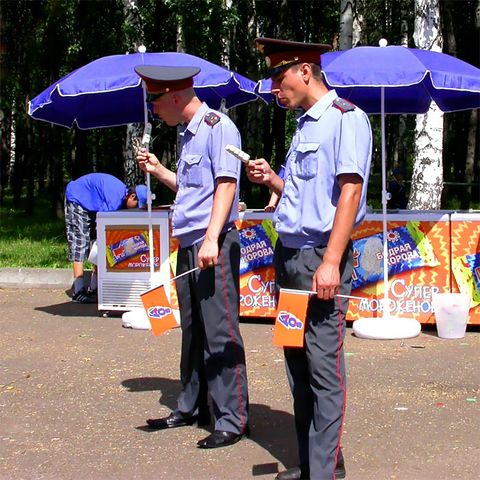 Holding such kind of flags banners is something like a commercial from Russian police? 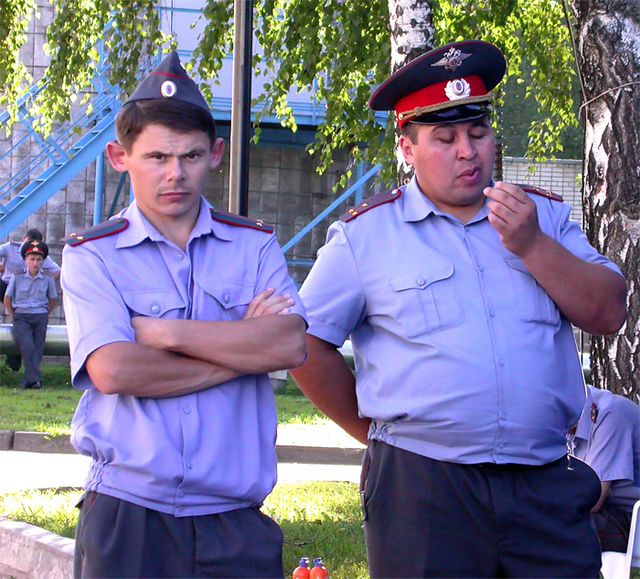 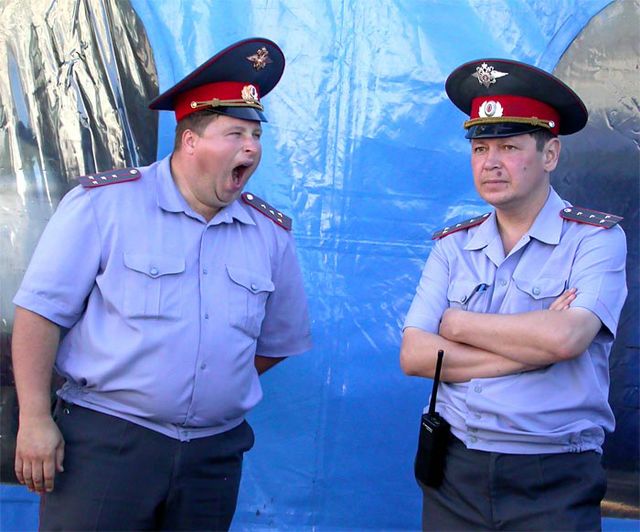