During World War 2 Finland was in alliance with Nazi Germany. So Russia fought against Finland too.

And here we have interesting photos of Finnish propaganda. Those papers were thrown from the planes across Russian army in order to convince Soviet soldier to surrend.

The content of them is really funny. Finland authorities offered things like good food and bottle of vodka to Russians.

But it was not so easy to the Soviet soldiers to accept this proposal. There were special troops that were in front of the main troops that were held with one purpose – to catch everyone who flee to Finland or any other German ally and to shot him down right on the place or throw him in a jail. So it was a tricky game. 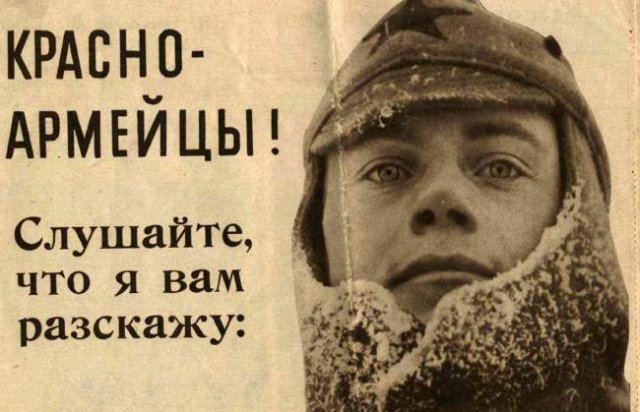 “Dear Soviet soldiers! Listen to me! I’ll tell you something!” 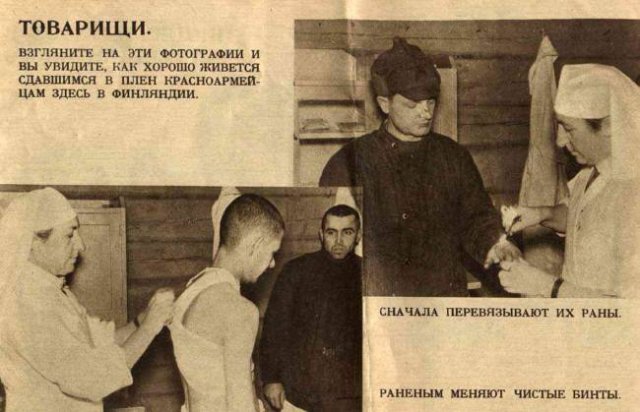 “Comrades! Look on those photos and you’ll get an idea how cool do live the Soviet soldiers who surrended to Finnish troops!”

“First we treat their wounds” 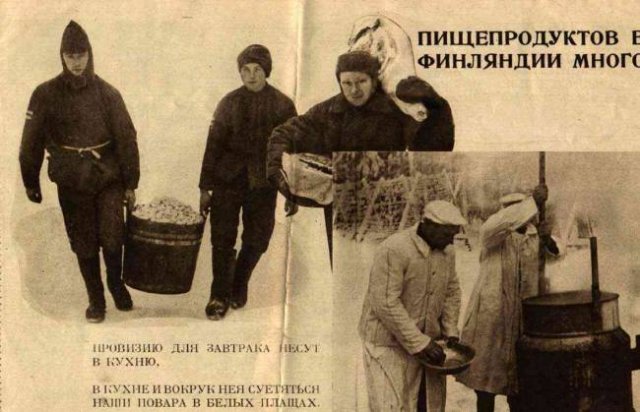 “There is plenty of food in Finland! First we take the food to the kitchen, then in the kitchen our chefs in white uniform cook delicious meals!”

Check out the fence behind those chefs, it looks more like some sort of prison? 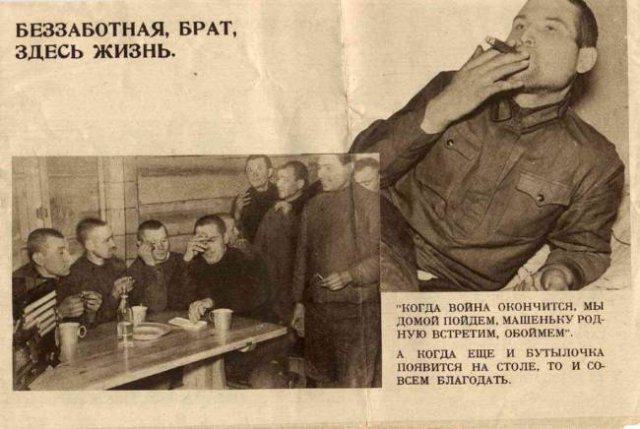 “There is a real carefree life here, bro!”

“And then, when vodka appears on the table life becomes even more sweet!” 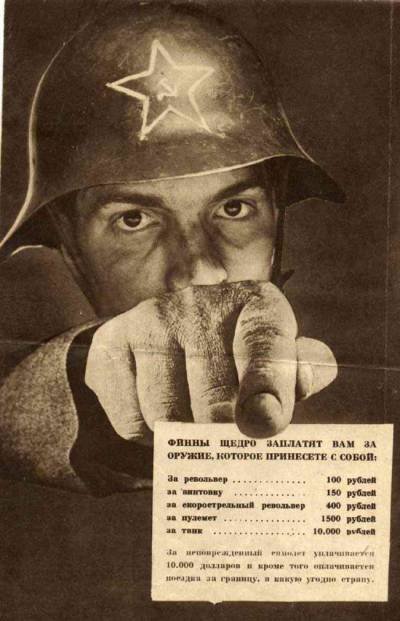 “Finns would pay a lot for every weapon you’ll take with you:

For every whole plane we would pay 10,000 DOLLARS and besides you’ll get the tickets to any country you would choose”.

So there was a real temptation for hungry and poor Soviet soldier to surrend and eat plenty and live in the country they would like, in other words to get the things they were deprived of. But there were those special troops who stopped any leak of soldiers from Soviet army. Though according to Finnish photos some managed to surrend.

120 thoughts on “Finnish Propaganda to Russian Soldiers During WW2”