There is a hotel right in the centre of Moscow, just a few steps from Kremlin and other administrative buildings. It’s name was “RUSSIA” once.

And today the building is being destructed, brick by brick. Why don’t they use a controlled demolition? Some say just because to avoid the dust spreading all over the Moscow downtown, as it was after the demolition of WTC towers (I don’t mean here their demolition was controlled though, as some sources state).

Some people say it is a great pity, they consider this building to be a piece of Moscow history, others think it’s a right decision because the hotel architecture was awful and doesn’t fit to the centre of Moscow.

Anyway they removed all the huge signs “RUSSIA” from the hotel, so nobody could capture the photos of how Russia was demolished. What a symbolism. 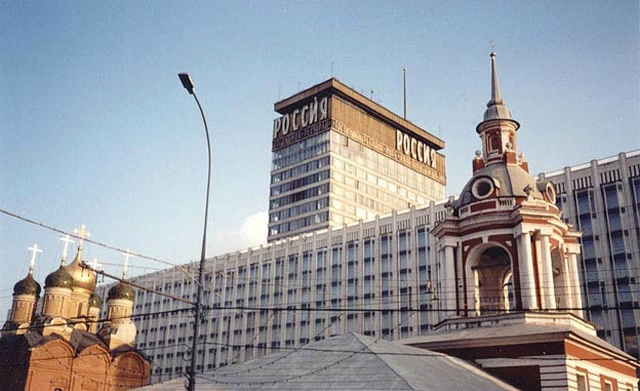 This is how this hotel looked like before, during the Soviet era. 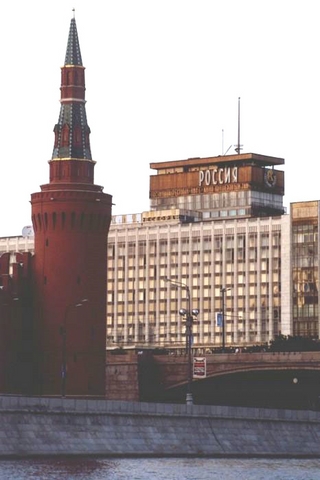 It was a real symbol of Moscow, all the visitors to Russia, who travelled to Moscow and to Red Square have seen this hotel. 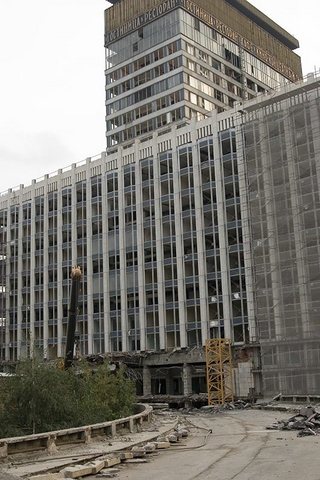 And this is what happening on site today. 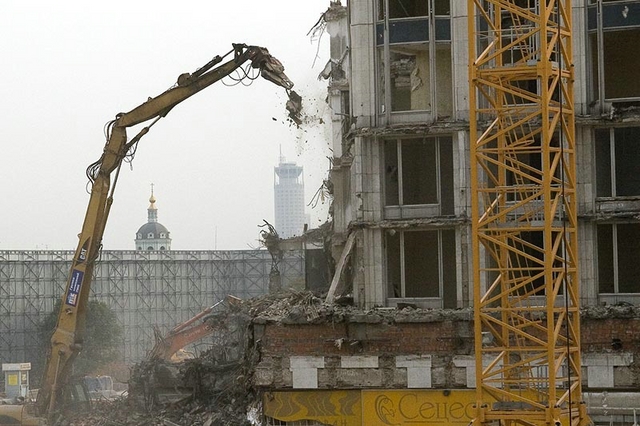 All the demolition works a conducted manually, without explosives. 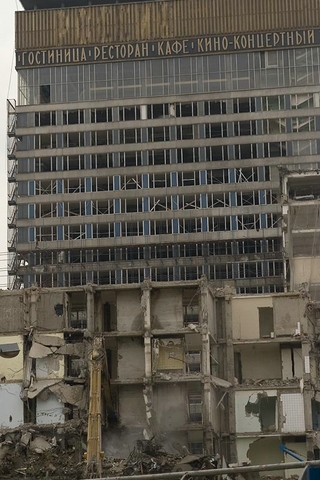 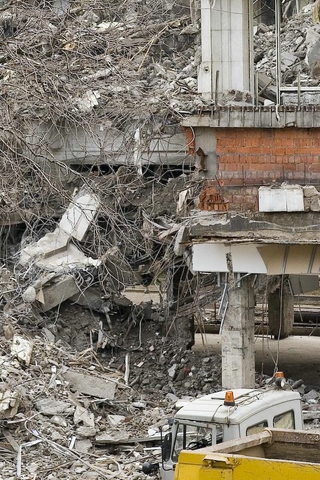 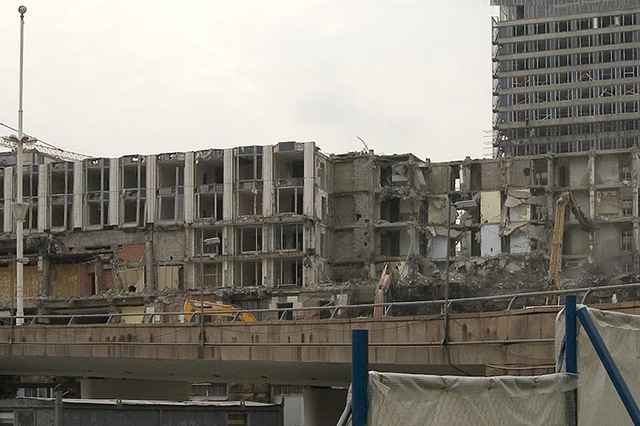 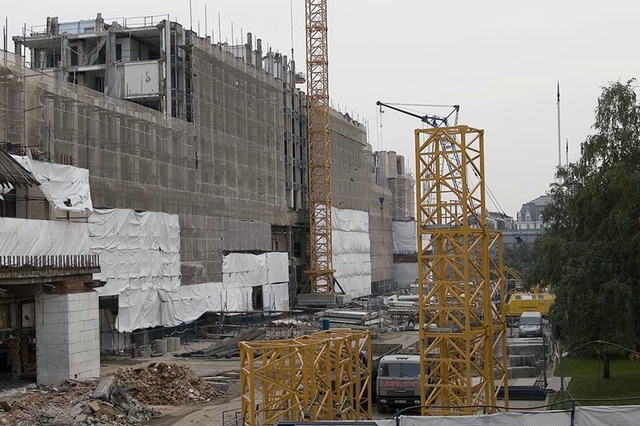 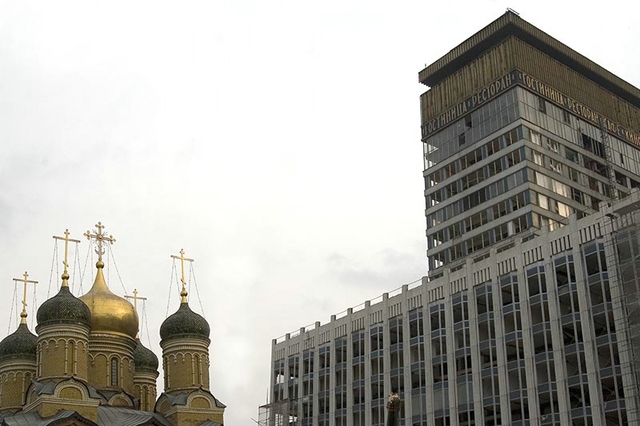 The nearby church has been already renovated, so the authorities of Moscow want to renovate and build a few new buildings on the site where this magnificent building was standing. 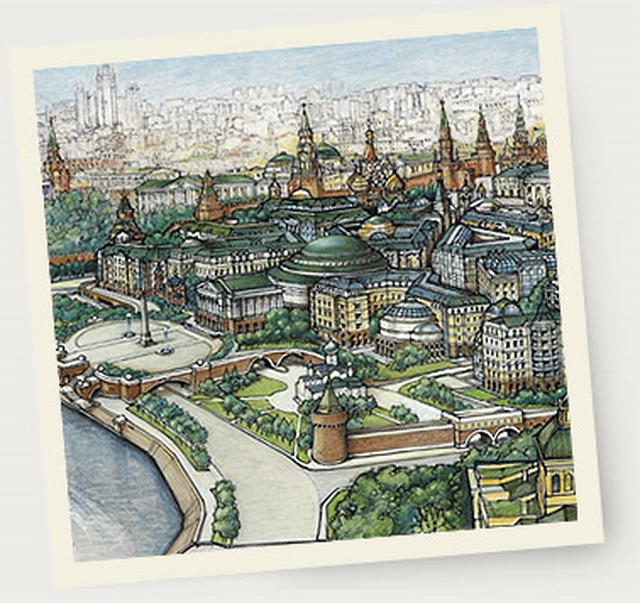 This is how they see the site in future. This mean a lot of new buildings, new owners and new bribes to Moscow authorities.

If you are planning on visiting Moscow, better do it before the landscape would change, then you’ll get a taste of Soviet Moscow downtown.

Some photos used are from Drugoi