One Vodka factory owner traveled a lot across Russia.

Wherever he was going he met a lot of Russian Road Police “GAI”, or “GIBDD”. He paid thousands roubles of penalties, all right on the site, as a direct to the policemen who stopped him.

And once he was scared so much after seeing these guys: 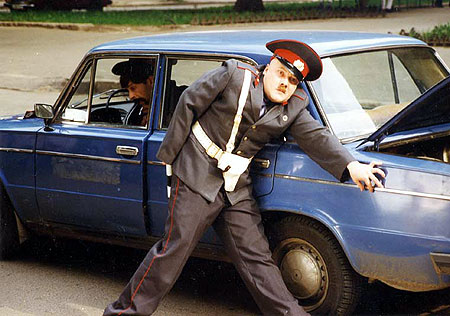 That a brilliant idea has come to him. He decided to start making a “Road Police Vodka”. The vodka that would help insulted Russian drivers to relax after their driving experience.

He didn’t want to delay the production of this new brilliant product so he just got off to the nearest highway and went as fast as he could.

Finally he got stopped by a road patrol – yes he was ready to pay the bribe right on place. All he wanted is to make a photo that he would use on his new Vodka Bottle.

So he made this photo: 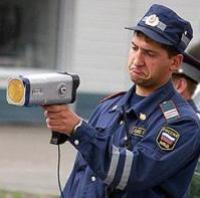 Then he came back to his office, called a secretary, gave her a memory card with a photo and ordered: “We are now making a break-through market solution – Russian Road Police Vodka”.

And the production started, and people started buying.

So now it’s possible to buy a bottle of a Road Police Vodka in Russian stores. With that old photo he made on the nearest highway: 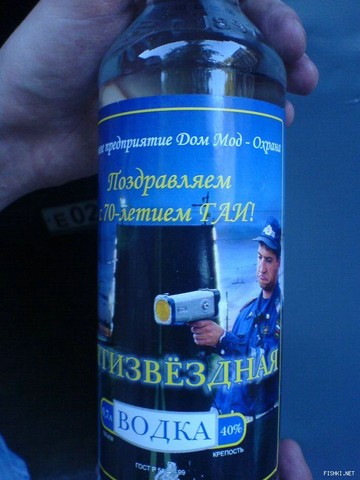 That is the story.