The problem of racial intolerance arise in Russia.

This poster appeared in the centre of Krasnoyarsk city, before upcoming elections in that region.

People want to win elections on racial intolerance, which appears now widely in Russia against the migrants from Southern regions, who often differ by skin colour from the native inhabitants of central Russia. 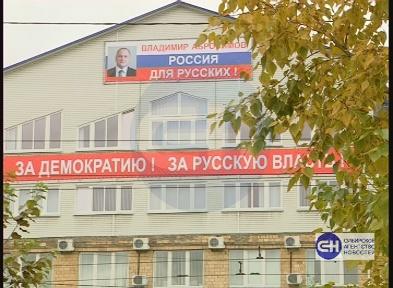 On this photo you can see a slogan “Russia For Russians”. It’s like if somewhere in Texas a candidate in Governor race would place a moto “Texas is For Whites”.

29 thoughts on “Russia For Russians?”