Brezhnev, a former Soviet leader, was very popular in Russia. Not for his achievements but for his love for two things: to kiss and to get medals.

During his last years as a head of the Soviet government, which also were last years of his life, he had bad health problems also, causing him to speak like a very ill person, be fond of kissing other diplomats he was meeting and rewarding himself numerous medals

Such activities though didn’t affect much on his meeting with former US president Carter and even signing some strategic treaties with him, they even appeared at TIME’s cover: 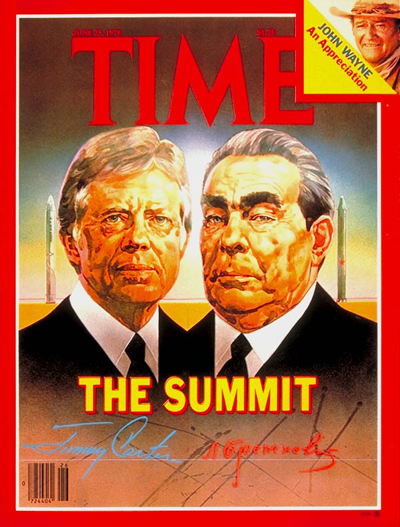 But what we know of his private life? Not much really, but at least we know he was fond of swimming, together with his bodyguards, instead of morning jogging. Just take a look: 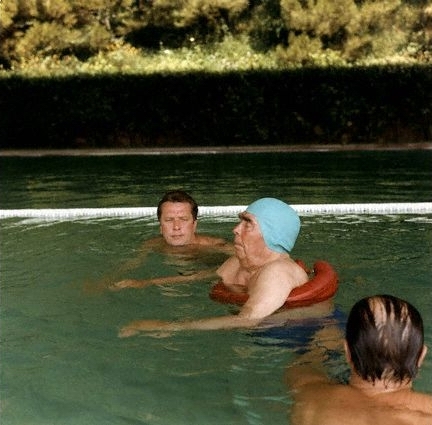