I already mentioned that in Autumn there is plenty of psychedelic mushrooms grow all across North-West part of Russia.

If somebody cared on industrial volumes of producing psychoactive drug from raw organic Psylocybe mushrooms he could get huge amounts of it really cheap. Vast Russian lands are being covered in Autumn with this little thingies, scattered all over the fields, forests and roadsides.

Old people don’t really care on them, but some younger ones know how to get their free LSD like drug right from under their feet. So it’s no surprise that in the early fall Russian internet is being populated with posters like this: 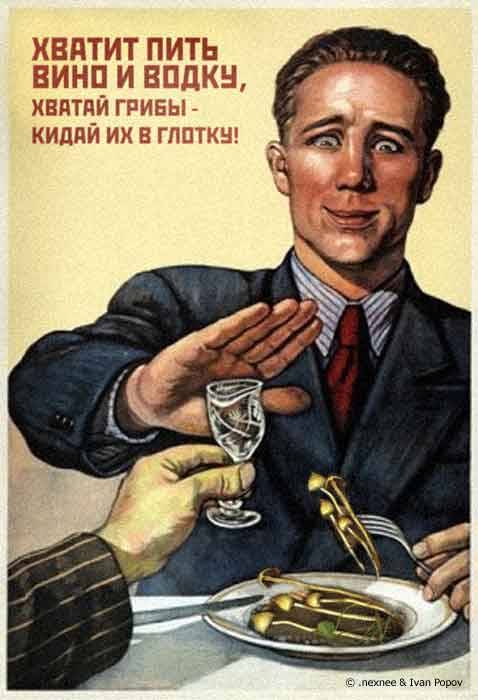 “Stop drinking Vodka! Get some shrooms!”
Is this some kind of a generation gap manifestation adopted to Russian specifics?