Just another portion of photos from Russian streets. This is Lada 21099 with some heavy heavy tuning. It’s so heavy that it can probably barely move. And this is Street Racing Team “Moskvich” , those cars Moskvich were named after Moscow. This team introduces a wooden style. The tuning is not so heavy, for sure wood is much light in weight than steel. The spectators, to satisfy them just hit ok, hit it hard. After show is over fans return home: 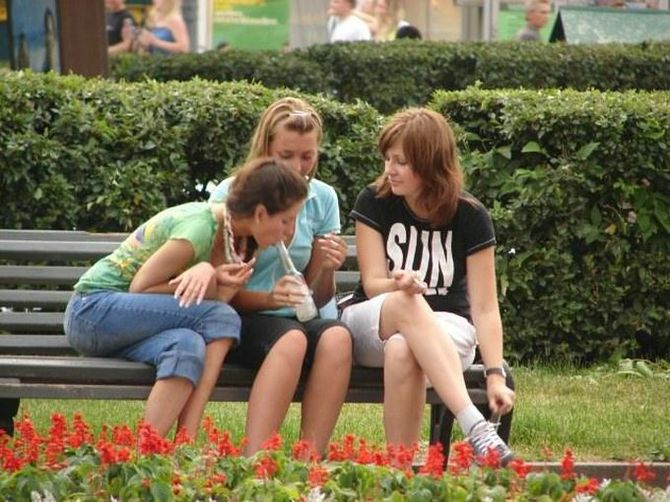 Those girls weren’t visiting, were to excited with this activities.

Who won? I don’t know, probably it was a draw.